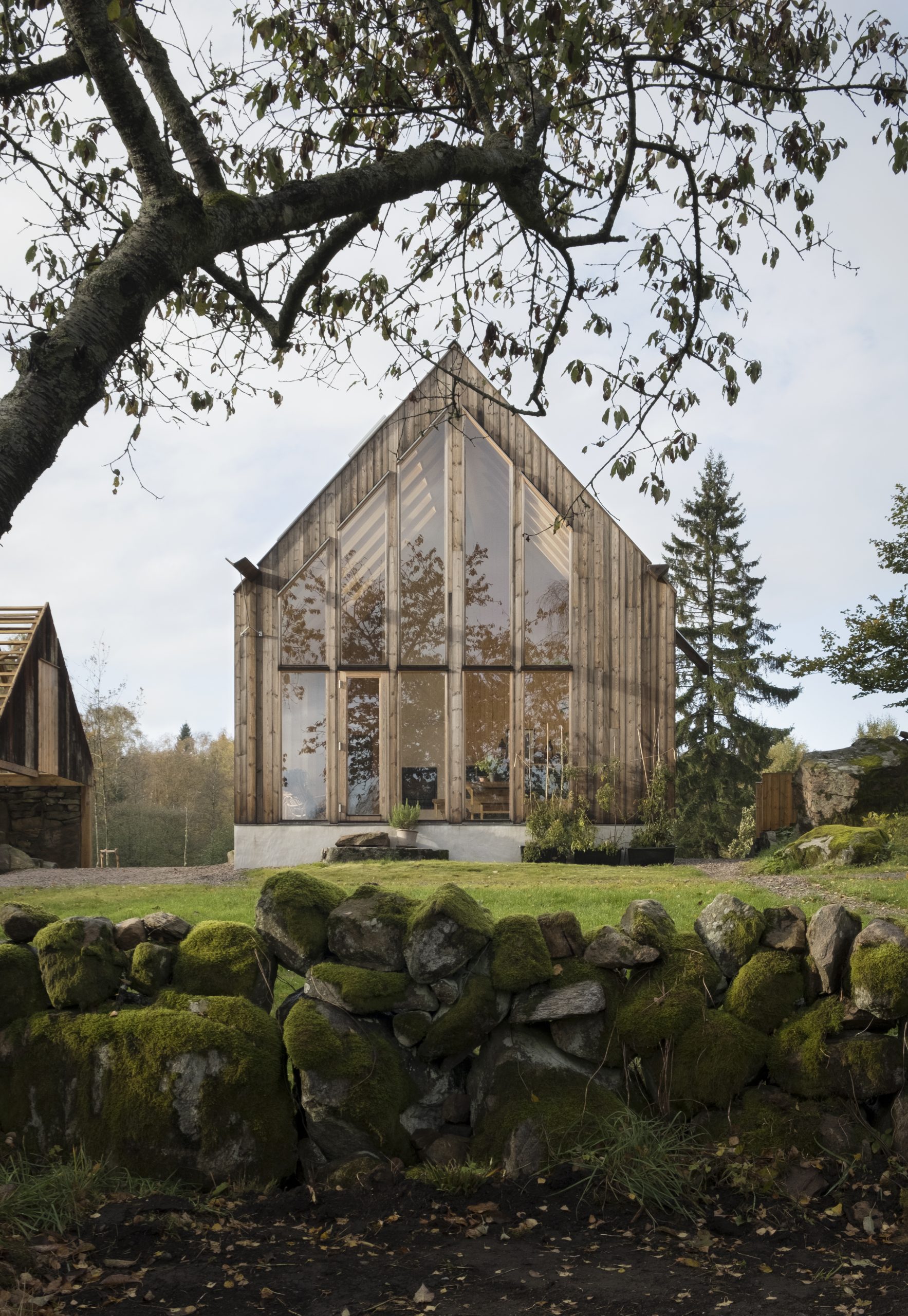 Named after the small stream that flows through the properties, Rörbäck Forest Retreat outside Varberg in the Halland county on the west coast of Sweden, is surrounded by one of the country's foremost beech forest areas, which includes twenty lakes and twelve nature reserves. Originally the founder Anna Sandgren, an interior architect, and her husband Casper, a third generation forest owner, bought this piece of land to preserve the woods on it, and an old farm happened to be a part of it. They were not able to save the old buildings, but instead the couple called in long time friend Petra Gipp and her architect studio, to recreate the barns and turn them in to a small retreat.

The surrounding area is also what inspired Petra Gipp and her colleagues Emil Bäckström and Jonas Hesse. Two wooden volumes are closely connected to the landscape. The result is a reinterpretation of a traditional regional farm with new additions in close kinship with the buildings and spaces of the past.

"The connection between the inside and outside has been very important. You are constantly looking out on the forest and surrounding landscape through the big openings," Gipp says.

Based in Stockholm, Petra Gipp Studio works with architectural studies, both in relation to buildings and artistic projects. The studio consists of Petra Gipp, Emil Bäckström and Jonas Hesse. Rörbäck Forest Retreat opened in 2020 and can be booked at rorback.com. 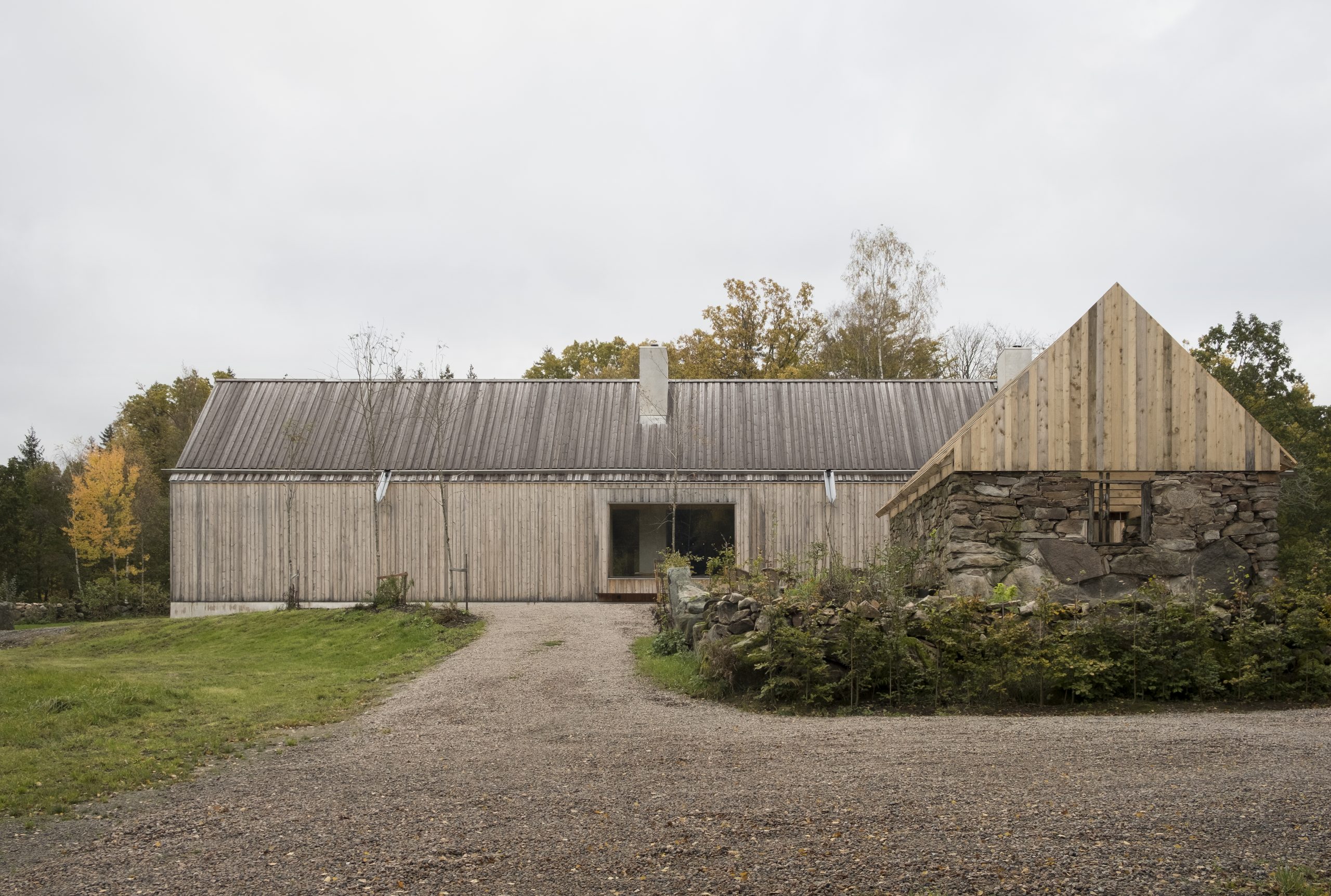 Two wooden volumes are closely connected to the landscape and give reference to the past as well as current architecture.

While Anna Sandgren designed the interior, Petra Gipp Studio worked on the volumes, the buildings and the room structure. Two inner wooden boxes form a bedroom and bathroom on the ground floor and another bedroom on the second floor. "When you walk upstairs in the box, you walk towards the view. You move alongside the facade," Gipp says, adding that the floors and walls all in wood wraps around you.

"The volumes emerge as sculpted in wood. I like the warmth it creates. There is something with wood that belongs to the human body. We are somewhat close to the material. It's a living material, from seed to full grown tree. It's like a human body."

Creating a space like this couldn't be more relevant, Gipps highlights, adding that the pandemic has just spurred on a need to unwind and spend time in nature.

"To be in a space where you can be on your own or in a small group of people is important. The scale of the space works very well for this purpose. There is an intimacy of this space that I like. The spirits of Anna and Caspar are definitely present," Gipp finishes.

Read more about Rörbäck Forest Retreat in the first issue of The New Era magazine. 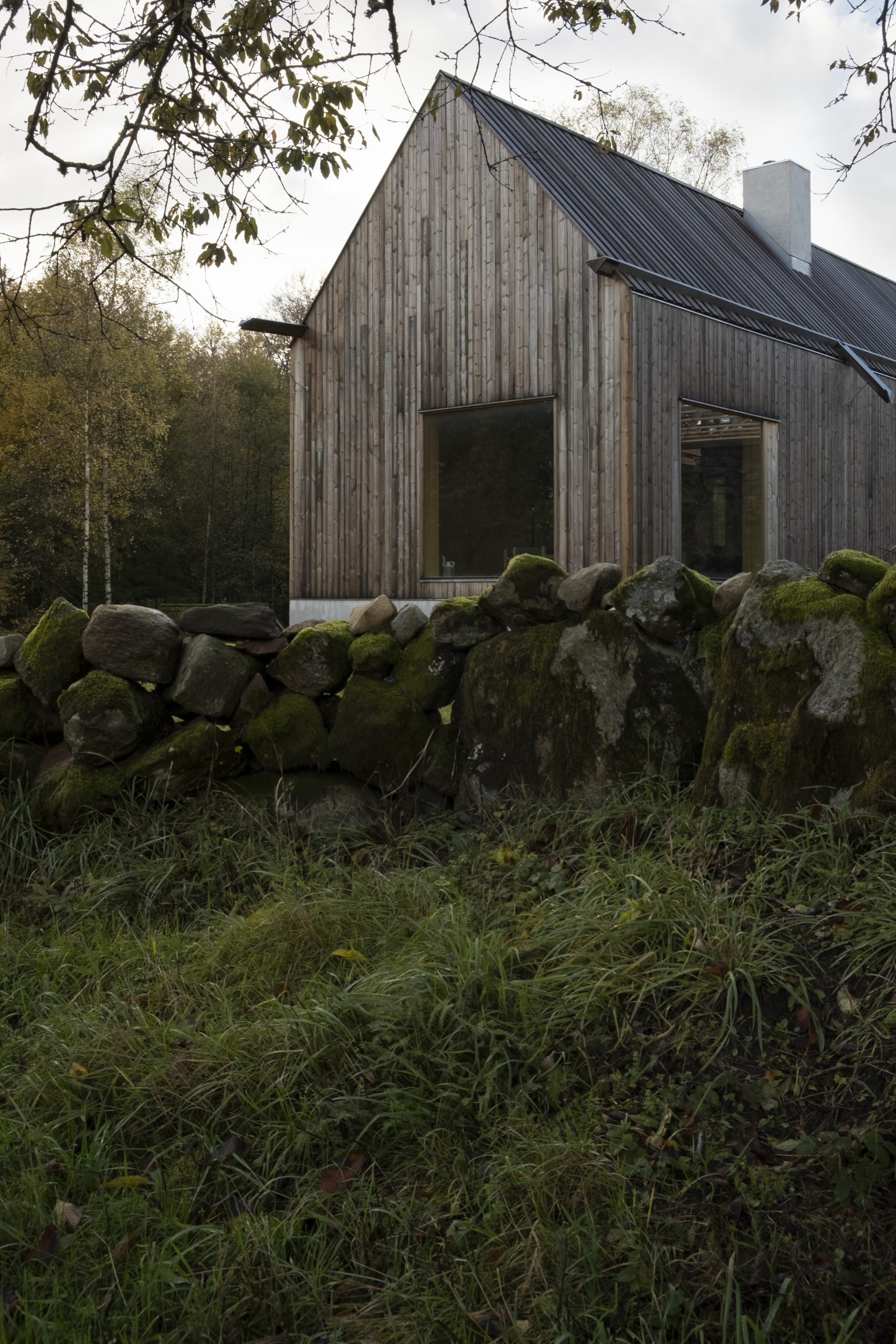 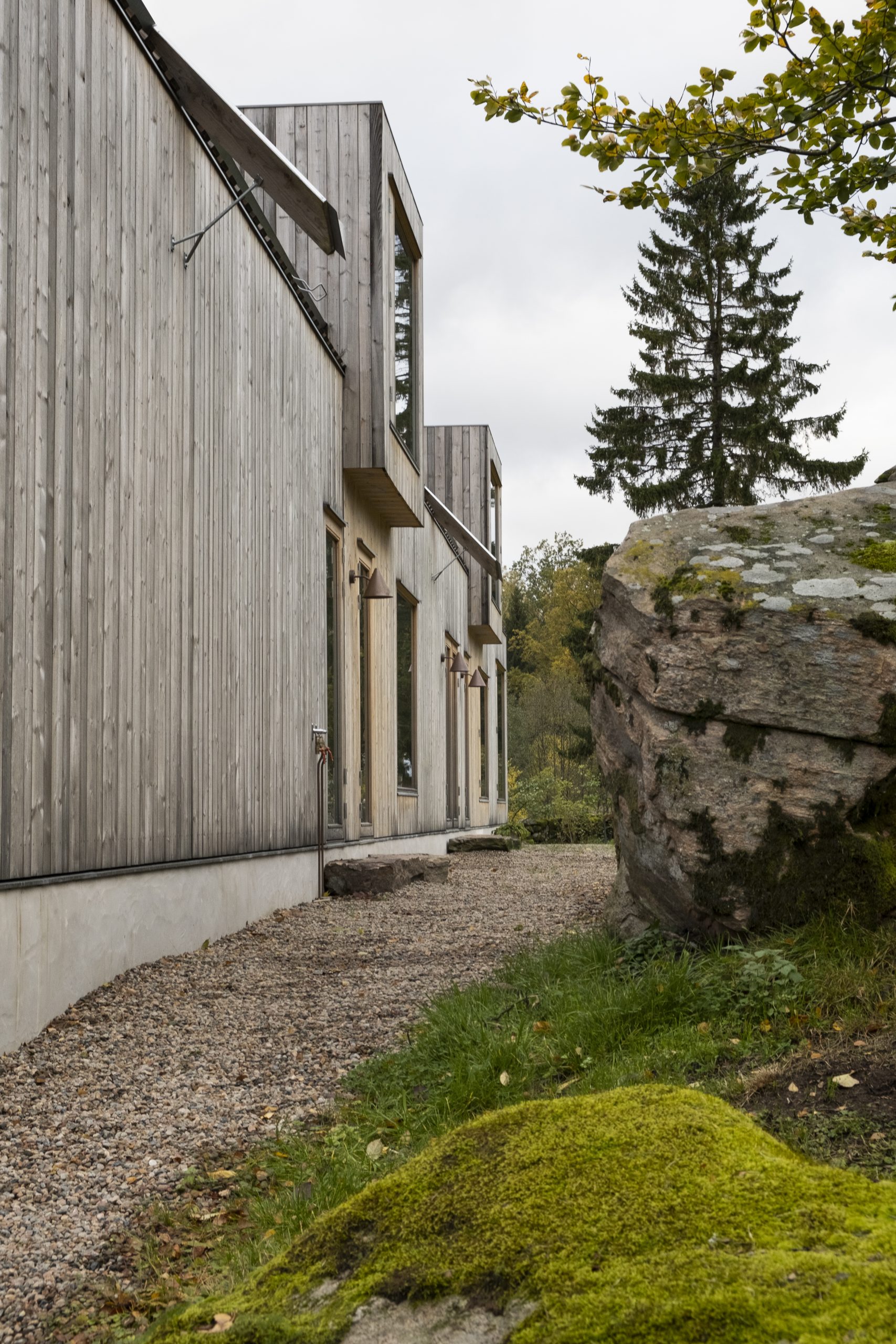 Rörbäck Forest Retreat is a space to unwind and find inner peace. The nature is constantly present. 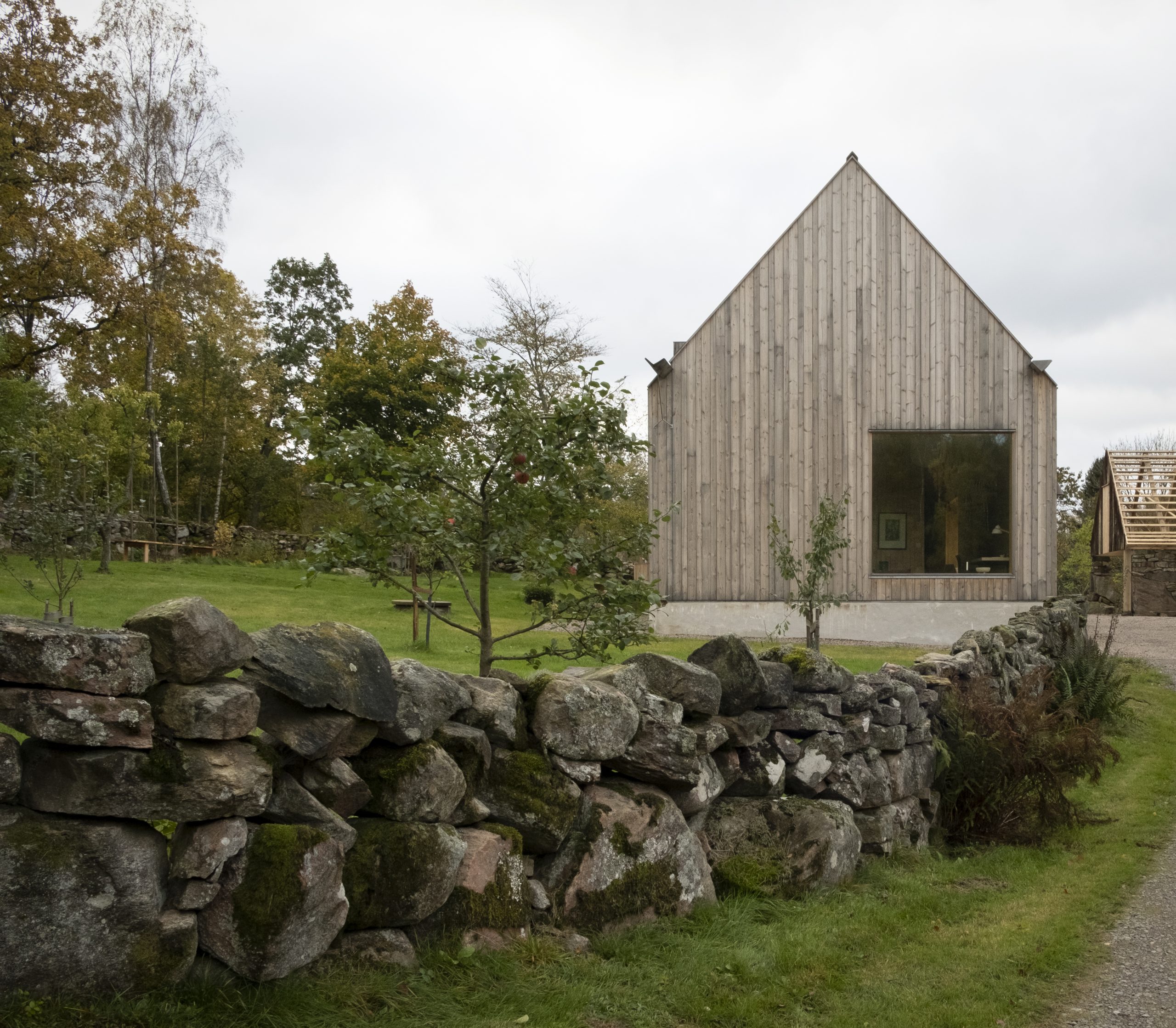 ”To be in a space where you can be on your own or in a small group of people is important. The scale of the space works very well for this purpose. There is an intimacy of this space.” 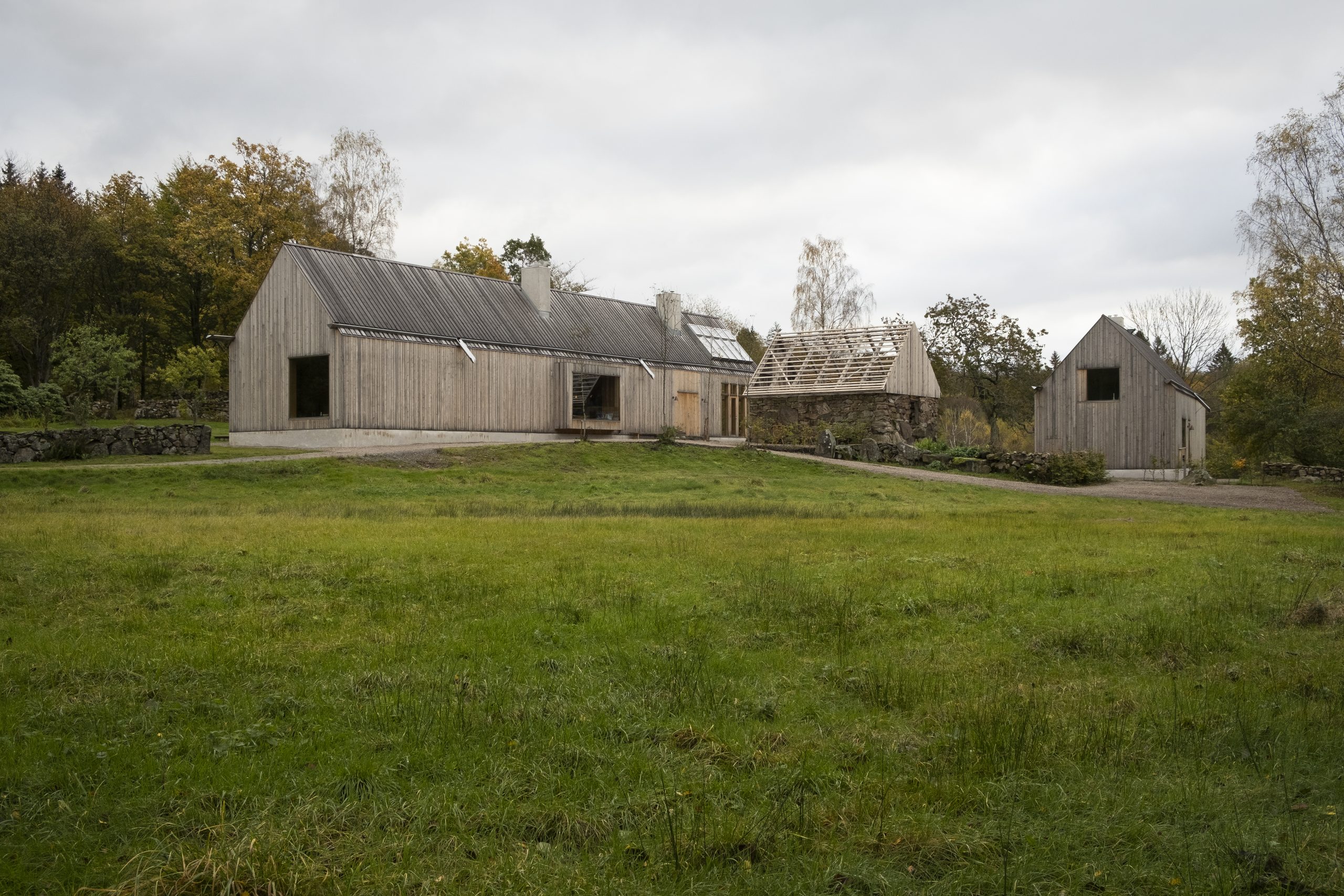