AT HOME WITH SWEDISH 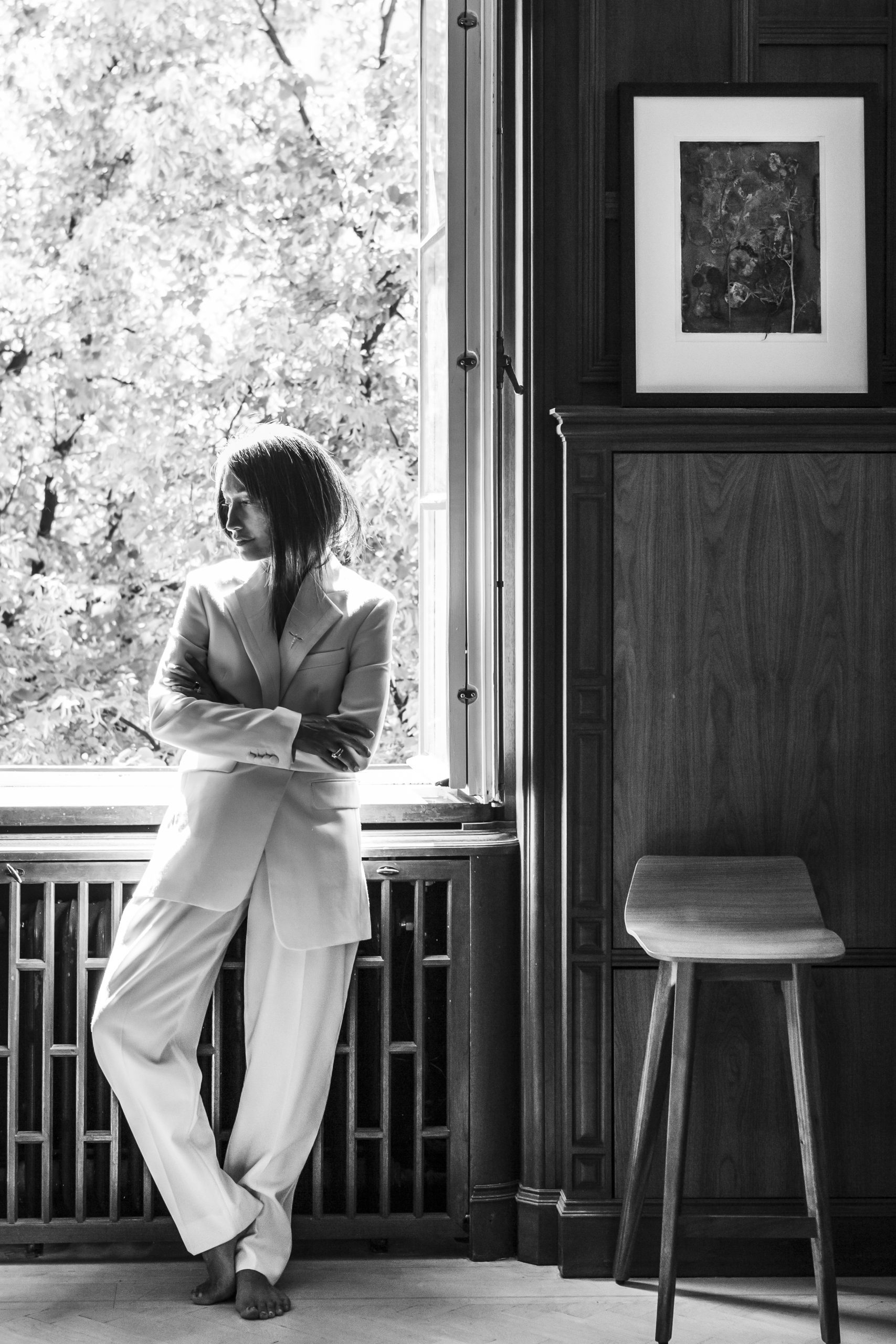 ”When you are comfortable, you radiate beauty,” says Maria Montti, one of Swedens leading fashion stylists. She lives with her partner Eric Broms in a walnut-panelled apartment in central Stockholm. They hired architect Annika Urbansdotter to transform their home into a striking environment that mirrors them both, with a marble centrepiece reminiscent of a 19th-century Strindberg painting. The open-plan apartment is sectioned off by two tall doors measuring two by four metres that pick up the blue colour from the quartzite centrepiece.

Montti, whose clients include actor Noomi Rapace and singers Titiyo, Neneh Cherry and Ane Brun, has an ambivalent relationship to the fashion industry she works in. Over the years she has seen the industry go from a love for the craft to focusing almost entirely on consumption. “I remember when the change started,” she says. “All of a sudden there was a new speed in the air, designers and fashion houses released drop after drop. Spring, summer, autumn and winter were not enough anymore. The love and passion seemed to disappear at the same time,” Montti says.

“But now I think we might be seeing a different mindset. Swedish designer Carin Rodebjer just gave life to old collections by letting young designer Ingrid Berg of Iggy Jeans upcycle and redesign them. And I can use vintage more and more for shoots now. There is definitely a tendency for change.”

MM              When you are comfortable, you radiate beauty. I think the female form is beautiful and I’m starting to really like clothes that fit closely to the body. I think that has to do with age, getting more comfortable and appreciating who you are.

LIVES: In a Stockholm apartment with her partner, the photographer Eric Broms. Swedish architect Annika Urbansdotter helped the couple transform the apartment, which was originally part of a 300-squaremetre space that was then divided into two. The centrepiece is a kitchen island and wallpiece made from Brazilian blue quartzite handpicked in a marble quarry in Verona, Italy. “What first came to mind when it was mounted was the author August Strindberg’s painting Storm Landscape,” says Urbansdotter. “The end result is definitely like a piece of art.”

BACKGROUND: After studying fashion Montti spent many years working as a buyer at JUS, a Swedish retail institution run by Ulrika Nilsson that has played an important role in launching many Swedish designers, including Rodebjer, Local Firm and Ann-Sofie Back. “It eventually gave me the confidence to try out my own stylist career,” say Montti. She is represented by LundLund Agency. 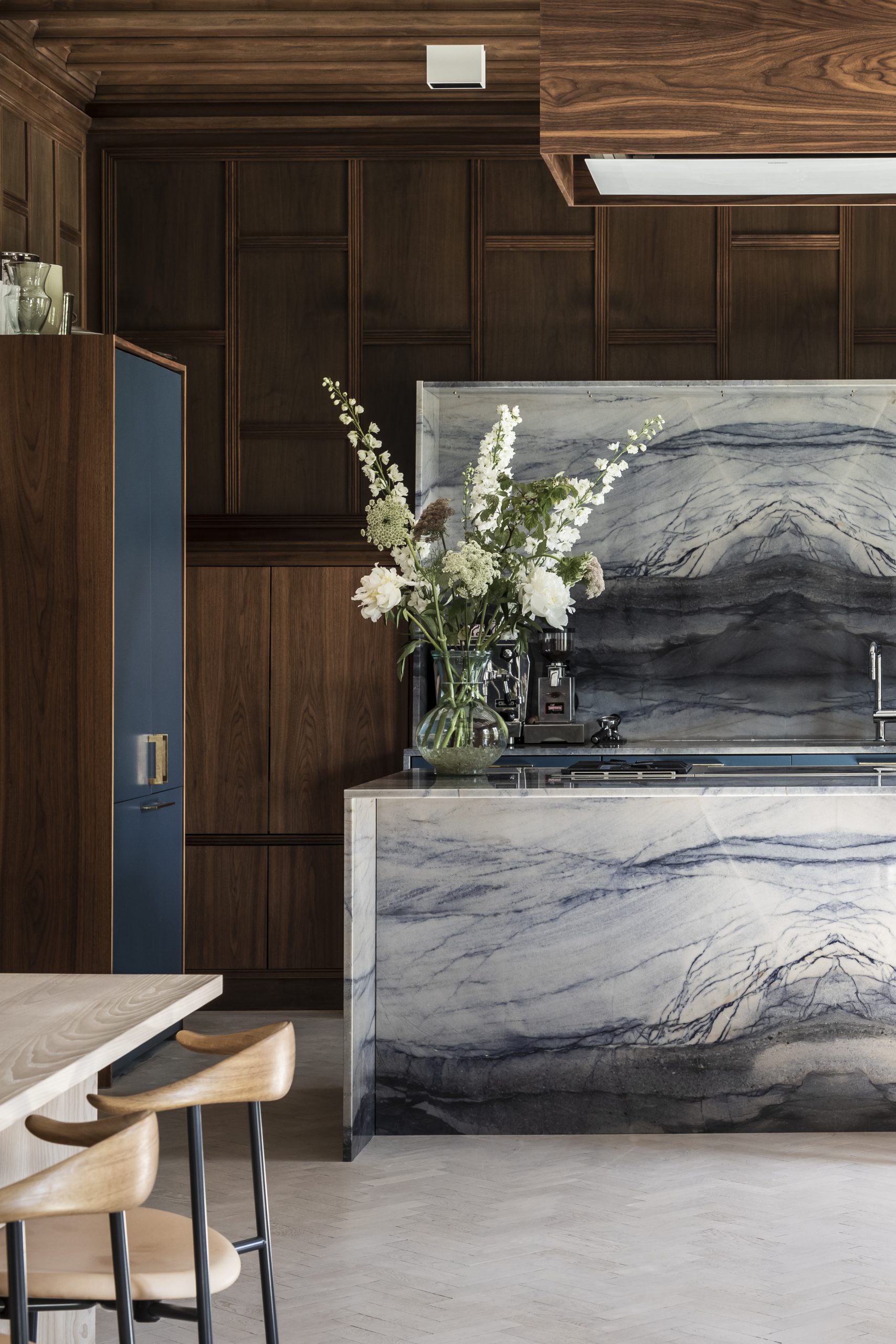 The handpicked flowers are from the family’scountry house outside the town of Uppsala.“Being younger I was drawn to New York andcity life in general, but as I’m ageing countrylife inspires me so much more,” says Montti.

TNE           Your partner Eric is a photographer and your son works in fashion and as a DJ – you are a very creative family. How does it affect you?

MM              We tend to talk very little about our jobs. At home we talk more about food, interiors and flowers. Sometimes we may give each other work advice. Music inspires me a lot so Noel being a DJ is great. He has found our vinyl records for example.

MM              We’re an incredibly close-knit family. We love being together at home. Noel has just moved away, which is a huge change in our life. Eric and I compensate each other well. My Chilean culture and its colours, these are things that inspire me a lot when it comes to our home. Eric is not really like that. He loves minimalism, but we learn from each other. That said, I like pared-down aesthetics as well.

MM              We are lucky to be able to spend time in the house in countryside all year round. I’m there all the time. To see the shift in seasons, the colours and scents. Those impressions inspire me more now than before. It would be a dream to be self-sufficient. To see the changes in nature this year has been amazing. Just listening to birds, it’s incredible. I also have my yoga that I thrive on. Exercising makes me unwind mentally. 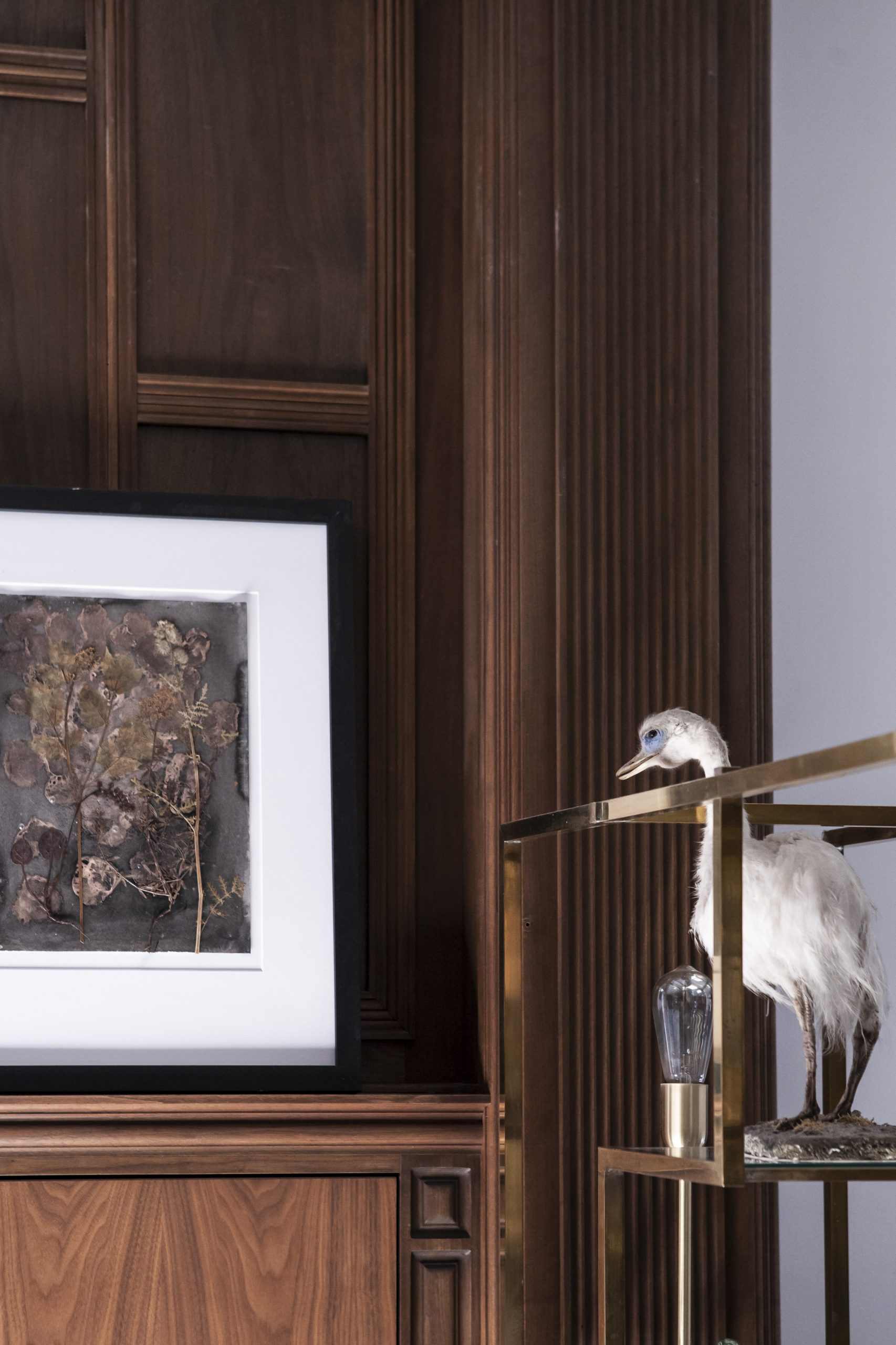 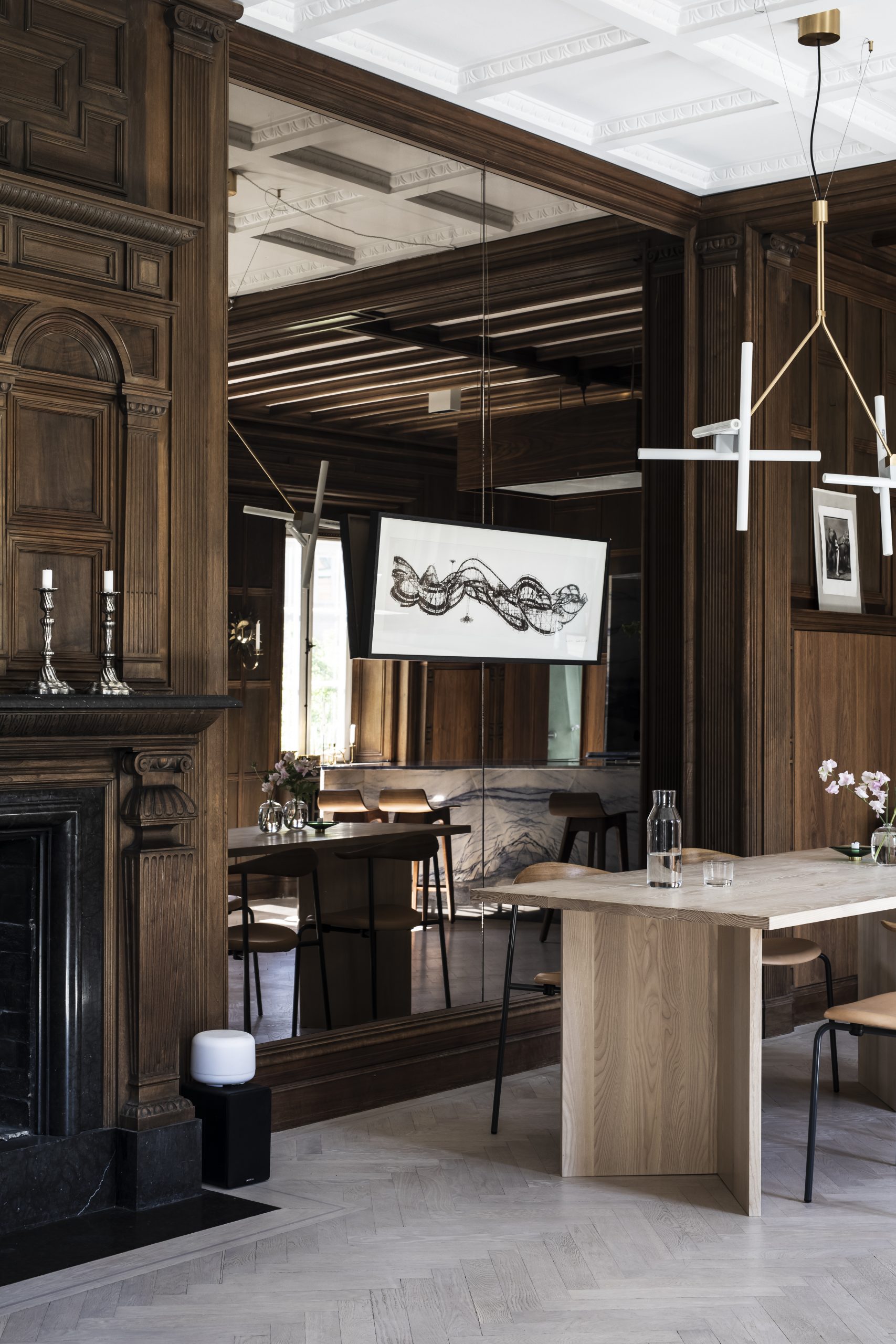 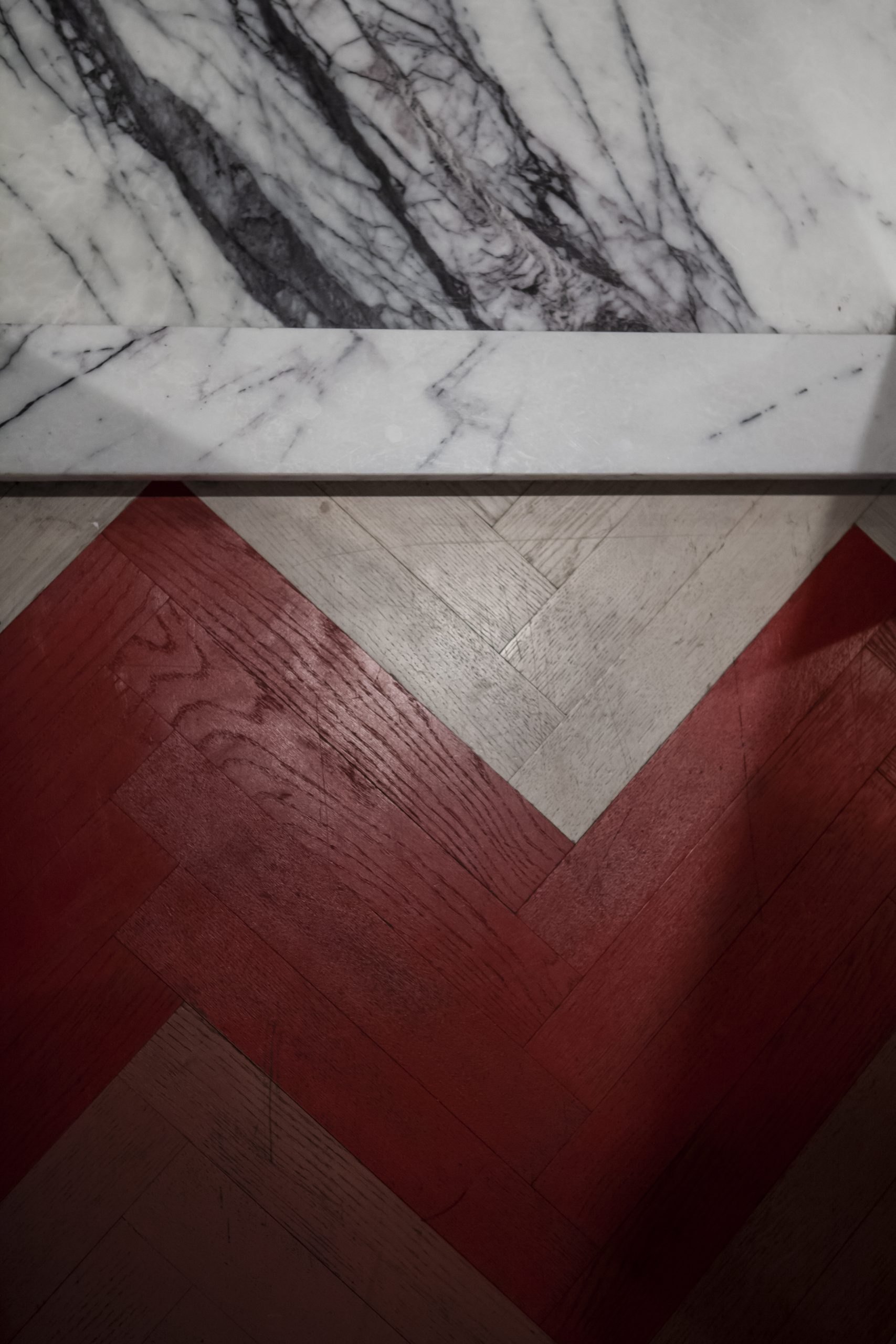 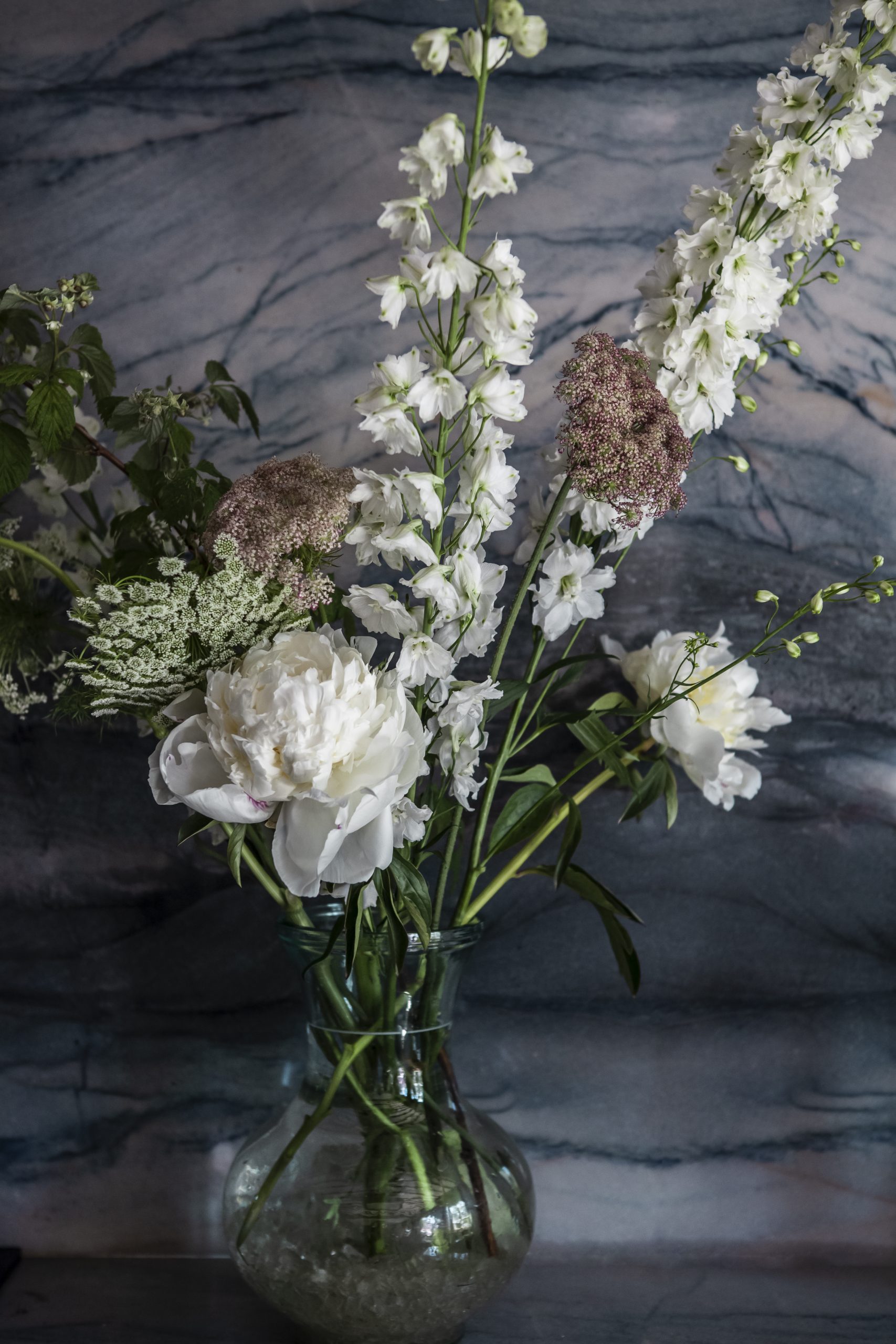 The heavy walnut panels add a striking feature to the apartment. “When renovating Eric and I sat down on the floor to really feel the atmosphere,” says Annika Urbansdotter. “While neighbours have painted them white, we decided to keep the panels dark but add the kitchen island as an attention seeker.” A mirror reflects the kitchen and natural light. The table was designed by Eric Broms and built by Brendan Meredith, who made all the custom-made furniture in the apartment. The artwork is by Patrik Qvist.

”We are lucky to be able to spend time in the house in countryside all year round. I’m there all the time. To see the shift in seasons, the colours and scents. Those impressions inspire me more now than before.” 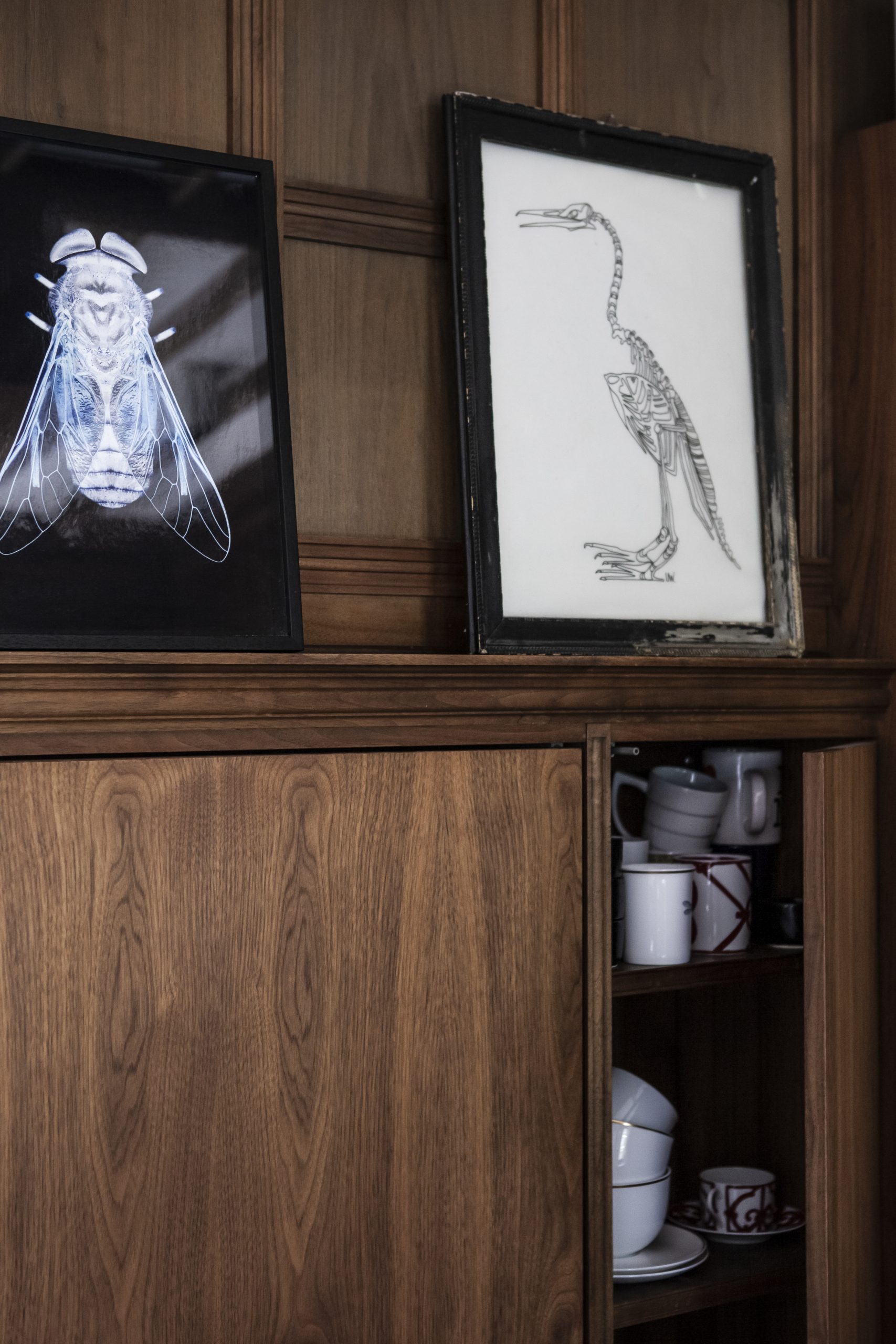 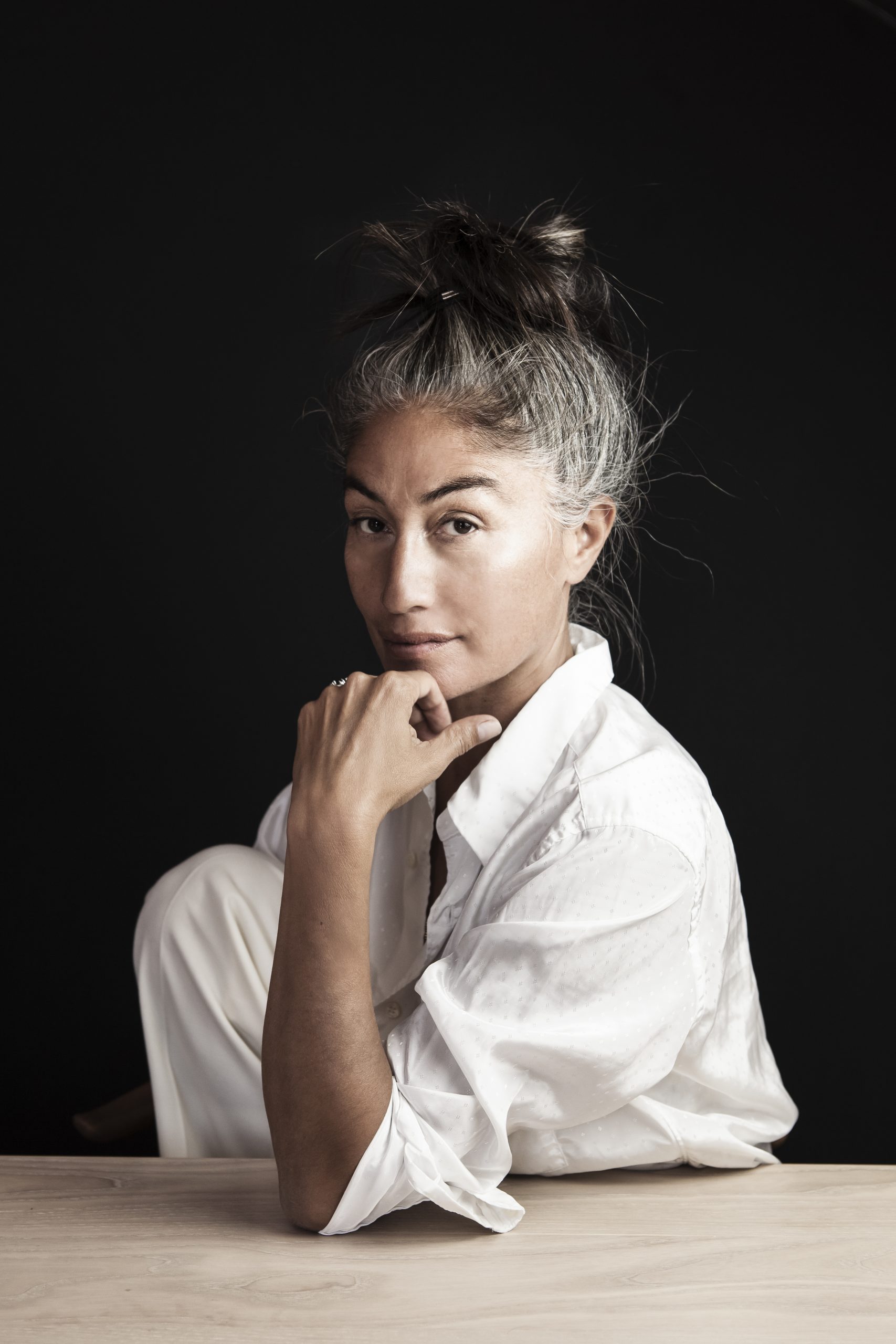