The pandemic has changed the way we travel and resorts offering off the grid living - close to nature and without preassure to socialise - will become even more attractive in the year to come. So what does the resort of the future look like? Regardless if we are travelling locally, or crossing boarders, hospitality offering intimacy and privacy, and a sustainable lifestyle, will attract the new conscious traveller. We list 10 retreats ticking all the boxes.

When the founders Kristian Rostad and Christine Mowinckel wanted to develop their own farm in the Finnish Forest, located in the eastern parts of Norway, next to the Swedish border, they ended up with an eco friendly and sustainable tourist project where nature itself would set the premises for the development. The result? Two treetop cabins designed by architect Espen Surnevik, overlook the remote forest.

"We can already see a trend where tourists explore their own country and move towards smaller destinations with a lighter environmental footprint instead of going abroad," says Christiner Mowinckel. Post pandemic, she sees a trend that moves from the traditional charter and cruise destinations and towards smaller destinations closer to home. "Another interesting aspect is that we have been forced to have space during the pandemic. So for many of us it might feel physically wrong to get stuck in crowded areas like we used to. So places like PAN will most lightly be of interest for tourists in the post pandemic market." 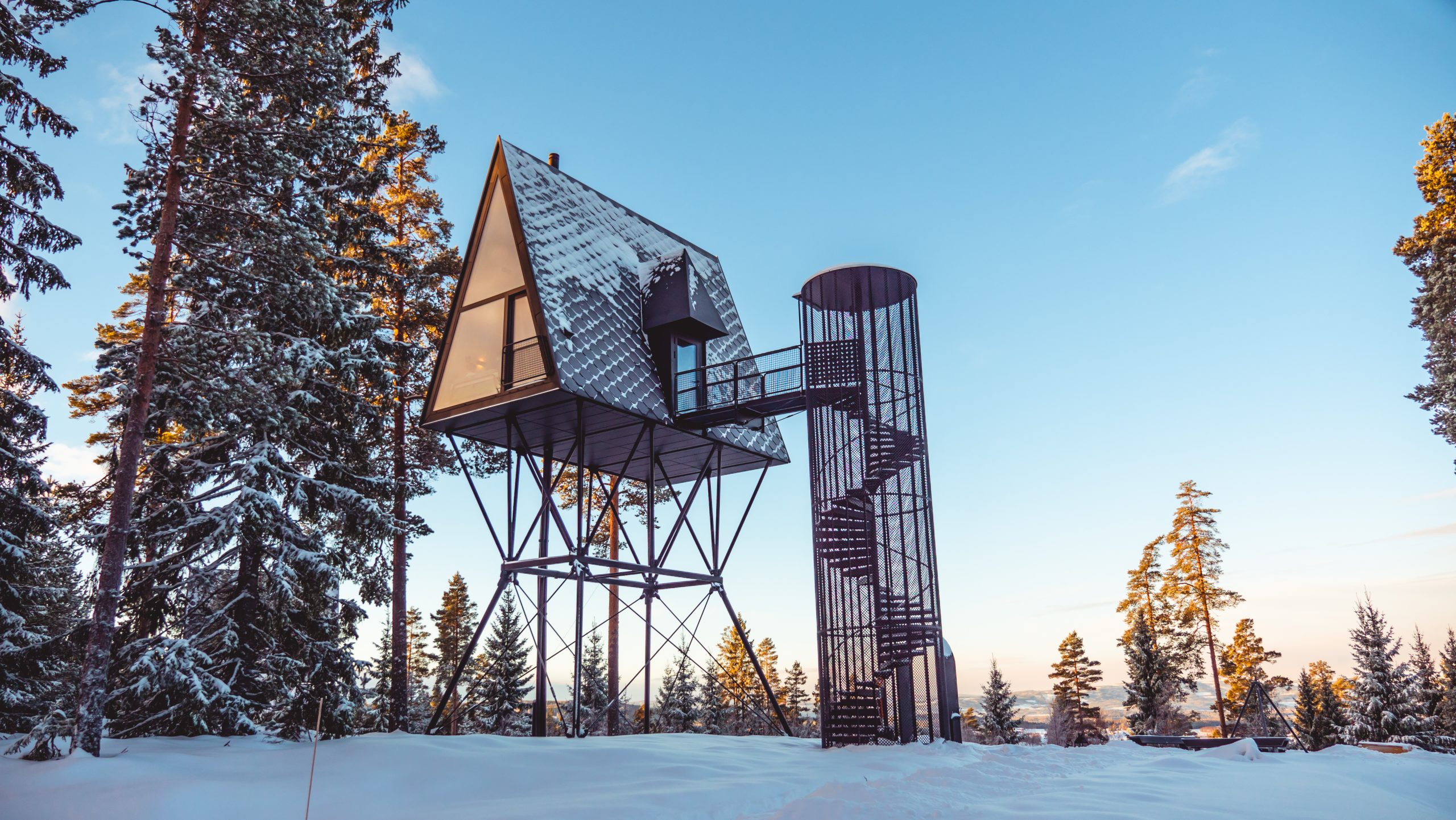 With their Journey to Zero campaign, launching the summer of 2018, Finnish renewable energy company Neste was looking for ways to build a world with minimal emissions. The first Nolla Cabin was placed on Vallisaari, one of the most diverse islands in the Helsinki archipelago. The second one opened in 2018 and is part of 'Zero Island' by Lidö Inn in the Stockholm northern archipelago, an ongoing project to make the island carbon neutral within a year. Nolla, designed by Robin Falck, fits two people and functions entirely on renewable energy. 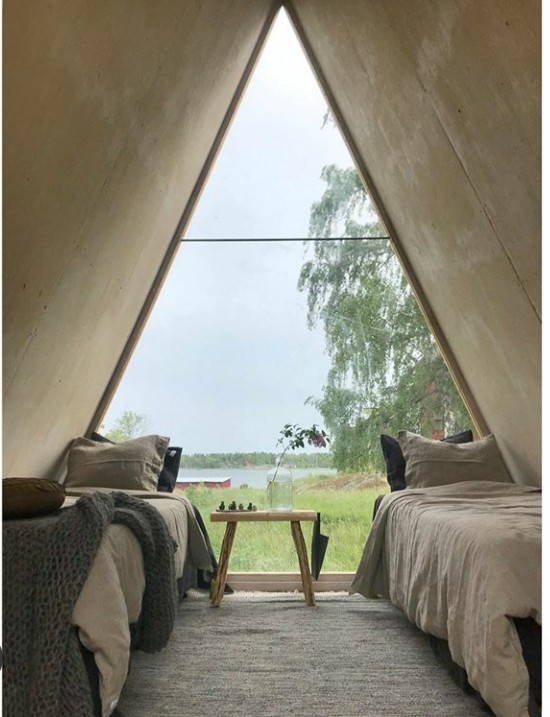 Simplicity and serenity is what defines Bergaliv, a landscape hotel in the province of Helsingland in Northern Sweden. The unique timber construction, designed by architect Hanna Michelson, blends in with the surrounding woods and is suspended above the ground. The two levels consists of a living area with futon beds and the second is a roofed outdoor space for practicing yoga or meditation – or just for taking in the views of Ljusnan River and the vast woodland.

"I think many people will restart their old habits," says Staffan Michelson, founder of Bergaliv, on the topic of the changed behaviour post pandemic. "But I am also sure that many of us, previously used to an urban lifestyle, have discovered the certain features of finding serenity in the countryside close to Nature. This is a growing trend which definitely will promote human health and wellbeing." 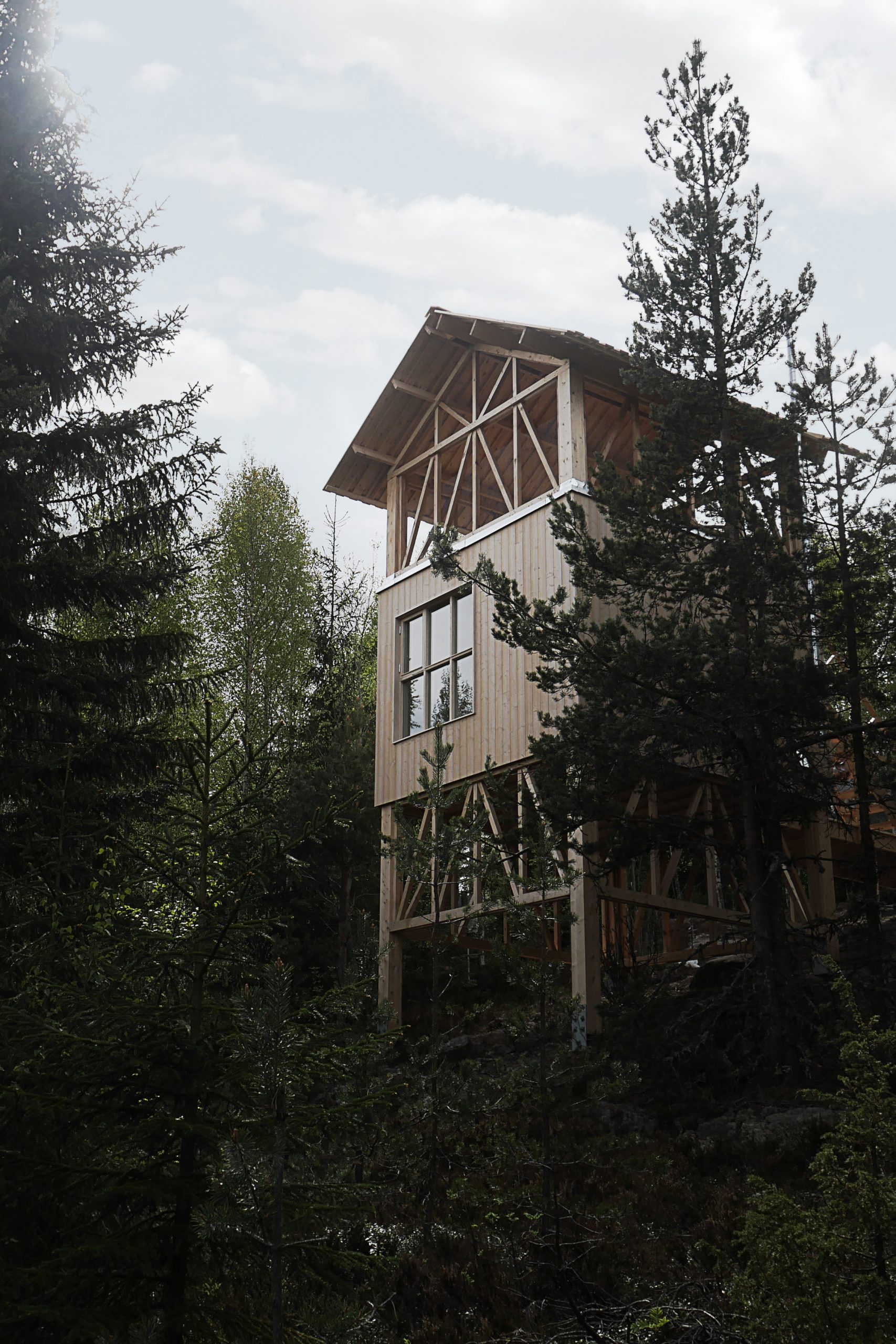 Stedsans in the Woods,
West coast of Sweden
Website

Husband and wife team Flemming Hansen and Mette Helbæk left their life as successful restaurateurs in Copenhagen to create a food mecca in the middle of a forest in Halland County, on the west coast of Sweden. The venue comes complete with a forest restaurant under a canvas roof, an impressive refurbished barn, small cabins and Bedouin-style tents for overnight guests, and a floating sauna and yoga platform on Lake Halla. At Stedsans in the Woods, sustainability and respect for the environment are as important as creating a unique and sensual experience for guests. 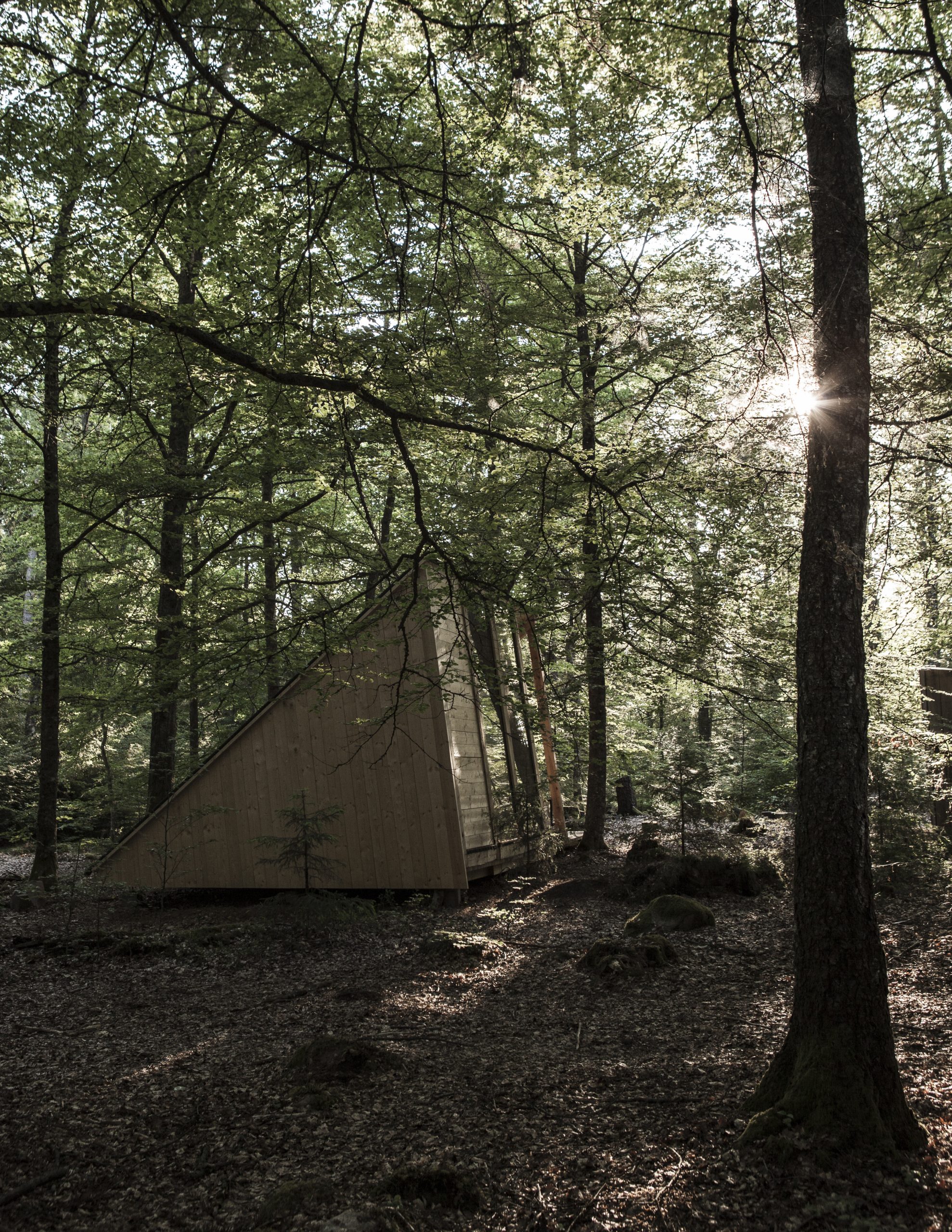 Named after the small stream that flows through the properties, Rörbäck Forest Retreat outside Varberg in the Halland county on the west coast of Sweden, offers a tranquil hide away surrounded by woodland. Originally the founder Anna Sandgren, an interior architect, and her husband Casper, a third generation forest owner, bought this piece of land to preserve the woods on it, and an old farm happened to be a part of it. The couple brought in Gipp Studio to help them build a retreat inspired by the old building. You rent the entire space, even if you only need one house. "It is a way to safe guard the experience," according to Sandgren. 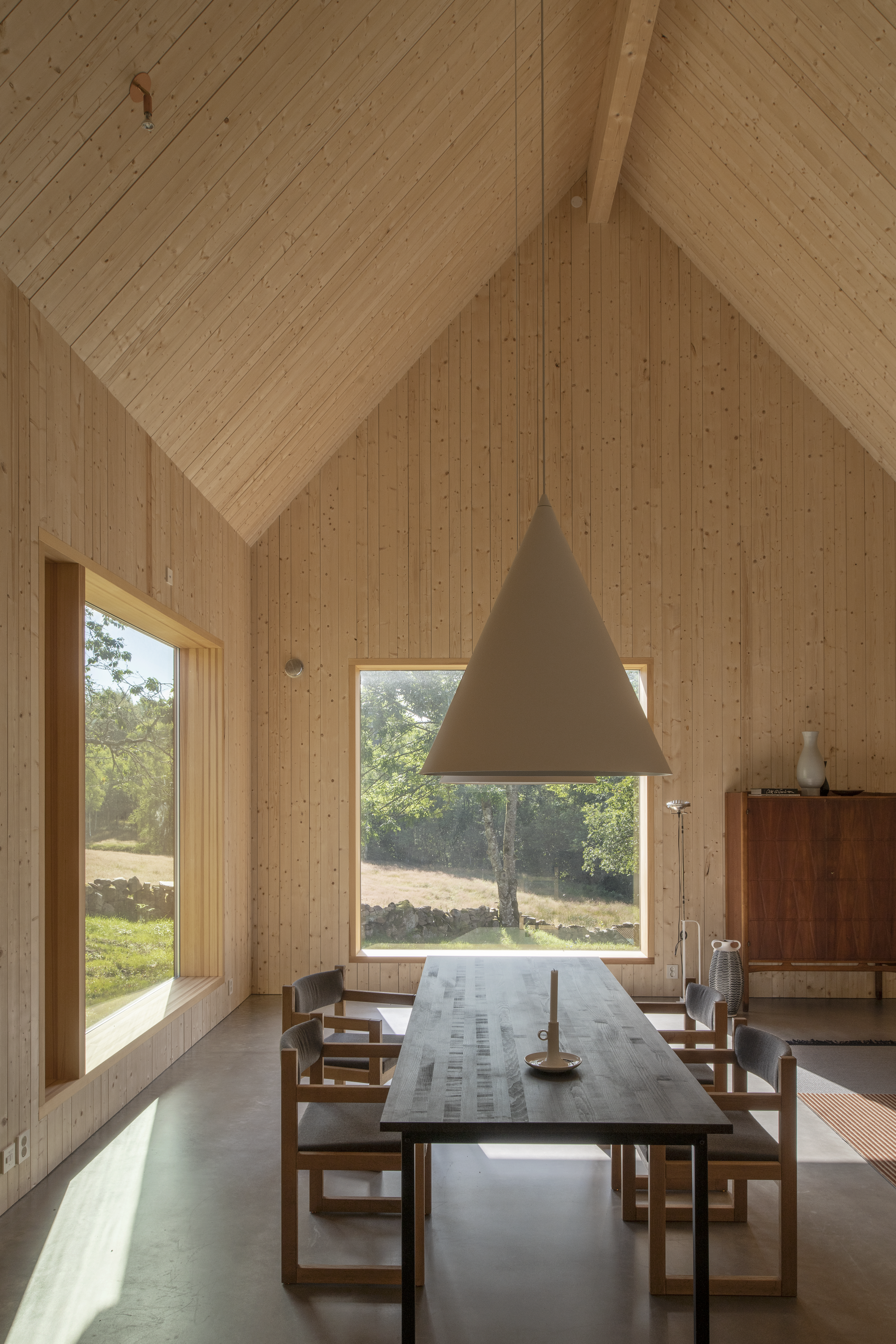 Eight years ago, Julia and Carl Lindeborg decided to move from Stockholm to the small village of Vrena in Nyköping, southwest of Stockholm, to open an eco retreat alongside an organic farm. They commissioned White Architects to transform an old barn into a luxury retreat, complete with a yoga studio, two suites and a double bedroom. Everything is made with sustainability in mind – wood is locally sourced from the nearby forest, the tiles are recycled and the paint is plant based. 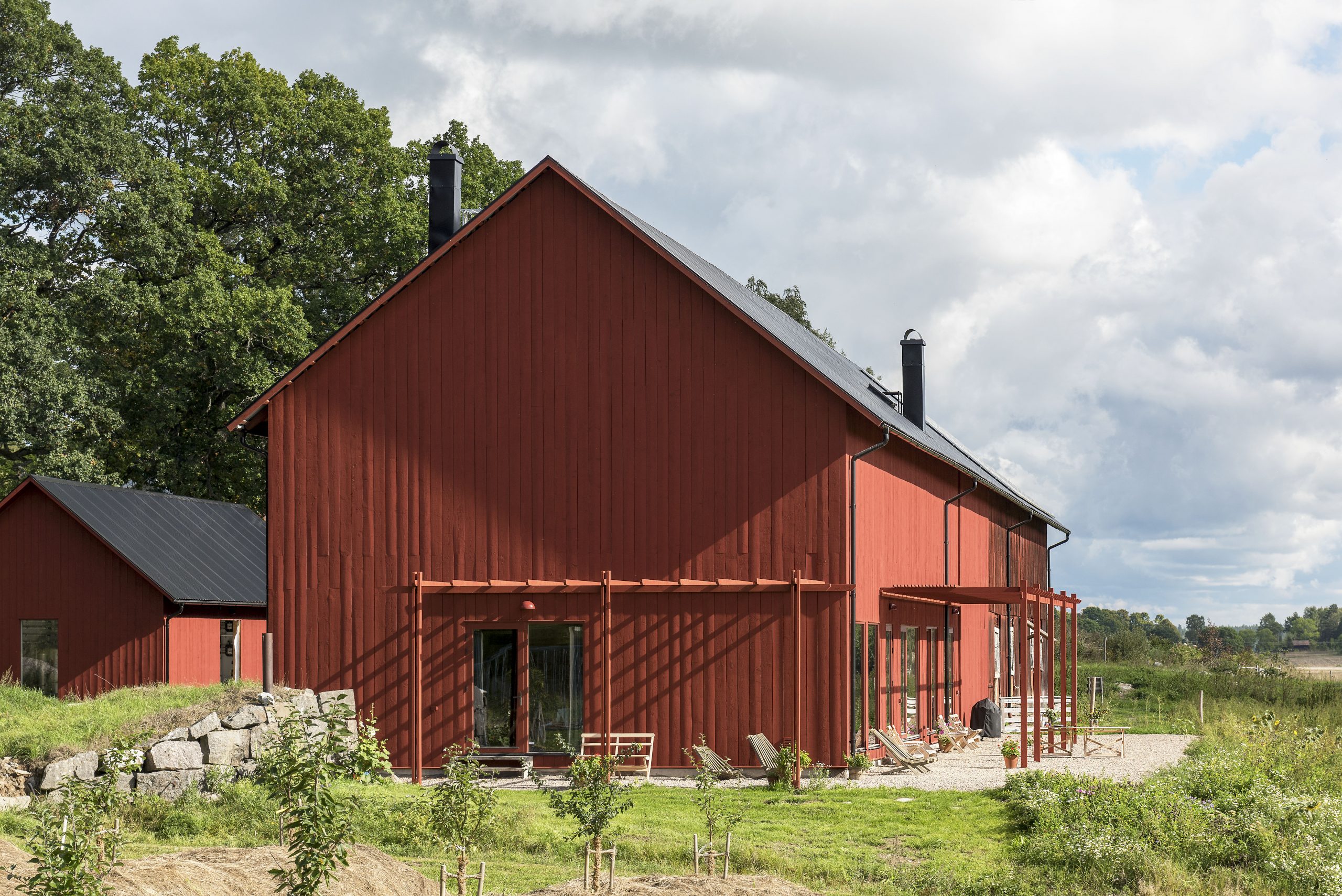 Deep in the woods, by Lake Immeln in the south of Sweden, stands Shelter, a steel and glass structure with floor-to-ceiling windows facing out to the surrounding trees and water. People come here to check out from everyday life, gaze at the lake, listen to the sounds of the forest and dine by the fireplace. Shelter is the first hotel by Danish design firm Vipp – known for its waste bins and, more recently, kitchen designs and prefabricated homes. The dark-toned interior in the one bedroom hideaway is designed to put focus on the surrounding nature. 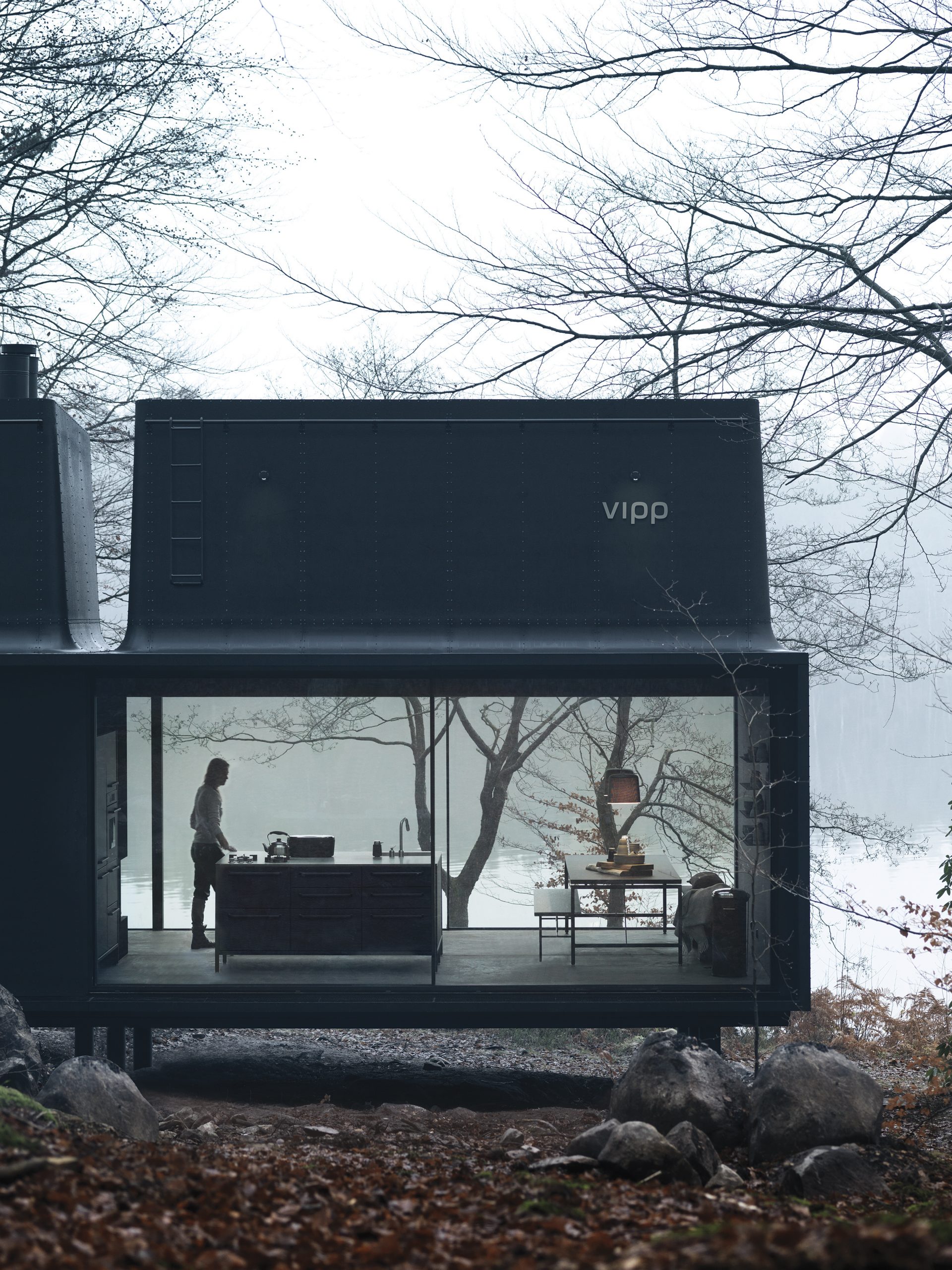 When David Kvart opened his Canvas Hotel in the summer of 2016 it was part of his own change of lifestyle. He quit his job on a production company and decided to open a kayak rental business. When the local hostel closed, he had to come up with an alternative for people to stay over. The solution were five 'glamping' tents that were not in need of planning permission. Set 1,5 hours north of Stockholm, in the stunning Roslagen archipelago, Fejan Outdoor offers a hands-on nature experience. Wake up in one of five tents complete with dinner, breakfast, luxurious bedding, a stove and magnificent views over the sea. There are two tents that fit two people in each tent and one that fits a family of four. 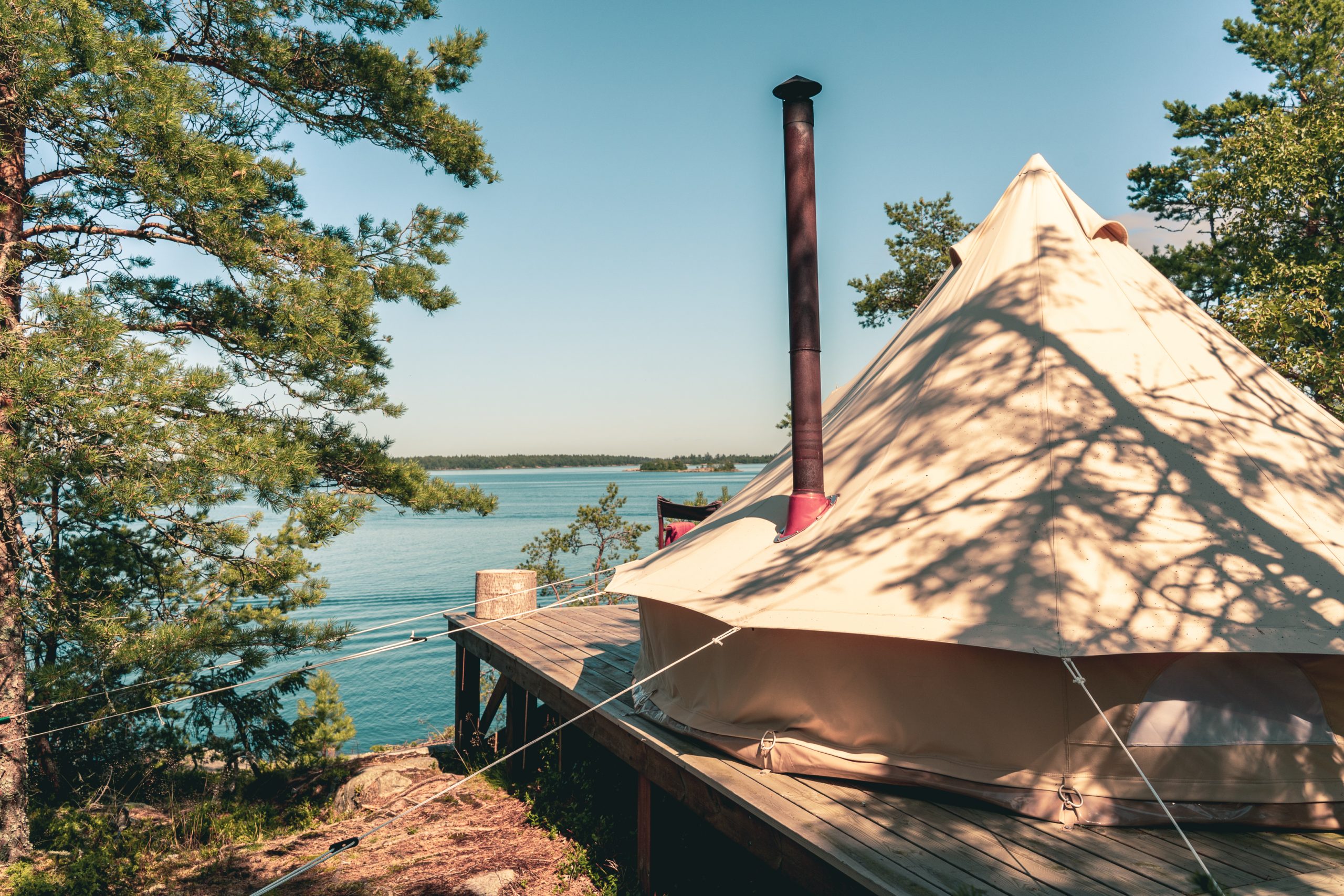 Marie and Calle Gustavsson bought a plot of land on the island of Värmdö in the Stockholm archipelago with the plan of creating a simple bed and breakfast. But the idea transformed into an exclusive retreat designed by Löwén Widman Arkitekter, based around romantic ruins, with luxury accommodation and stunning views. There are three smaller bedrooms and one large, with its own sauna and sea views. "I believe people will think more where and how to go for holiday," says Marie Gustavsson, who had a dream of creating a new type of hotel when it launched in the summer of 2017. "I think there will always be a need for hospitality in many different ways. Now also in a more private atmosphere like private hotels and villas." 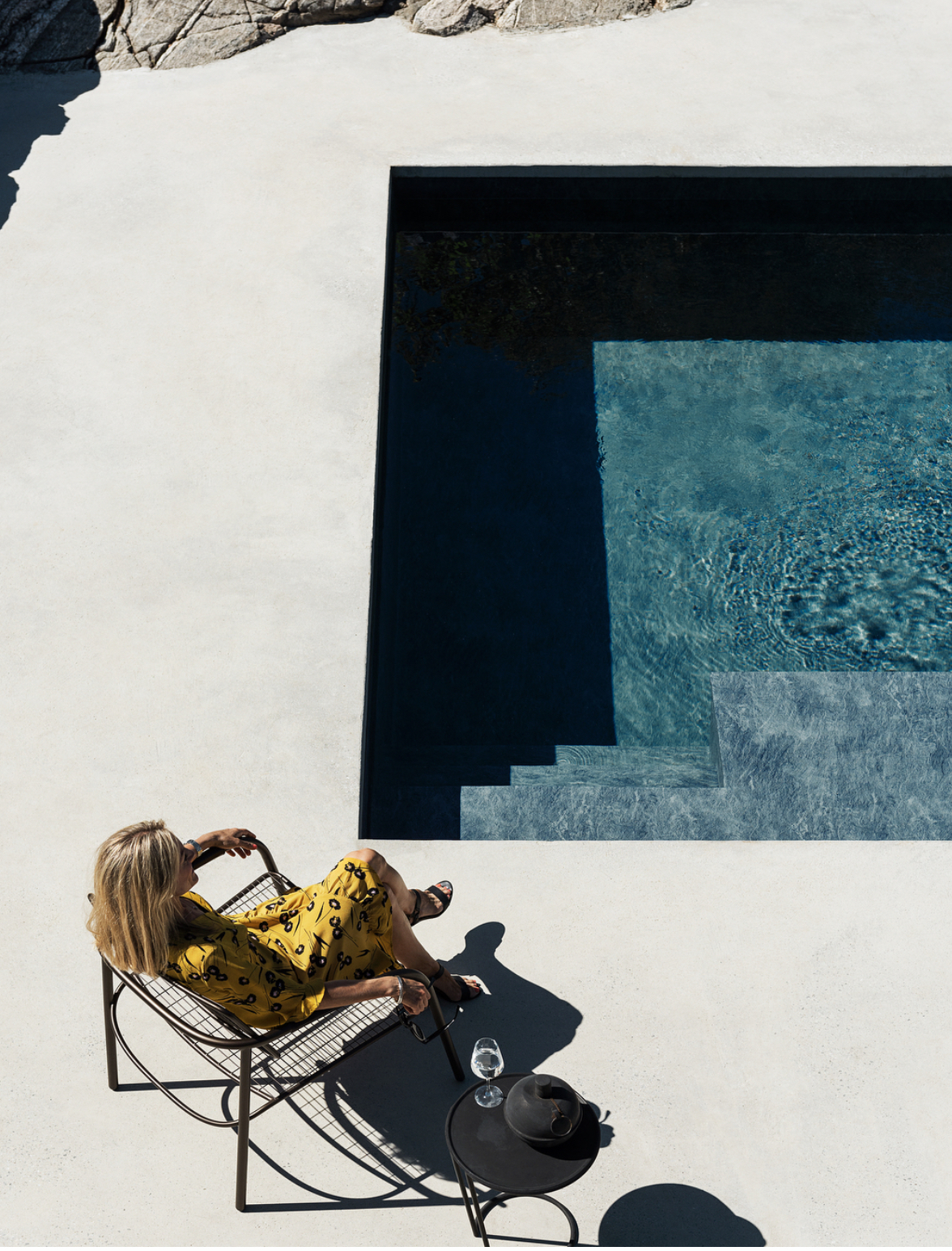 "Long before the pandemic, we saw an increased interest in travel and hospitality that was authentic, locally anchored and sustainable," says Micha van Dinther, founder of TypeO Loft, a secluded one-room bed and breakfast that opened in the midst of the pandemic, in the south of Sweden. Here, visitors come to unwind in the Österlen countryside, and everything from the cups you drink from to bedlinen and other household goods can be bought one-site. "Now, the factors of safety and privacy have been added to the mix for the foreseeable future. This pause in travel we’ve had has given us time to reconsider why we travel, and how to travel more consciously. It is interesting to see that this past summer’s close-to-home vacations have given a valuable insight – that simply being placed in a different environment can have the same impact as a round-the-world trip. Hopefully, we will seek more quality over quantity moving forward." 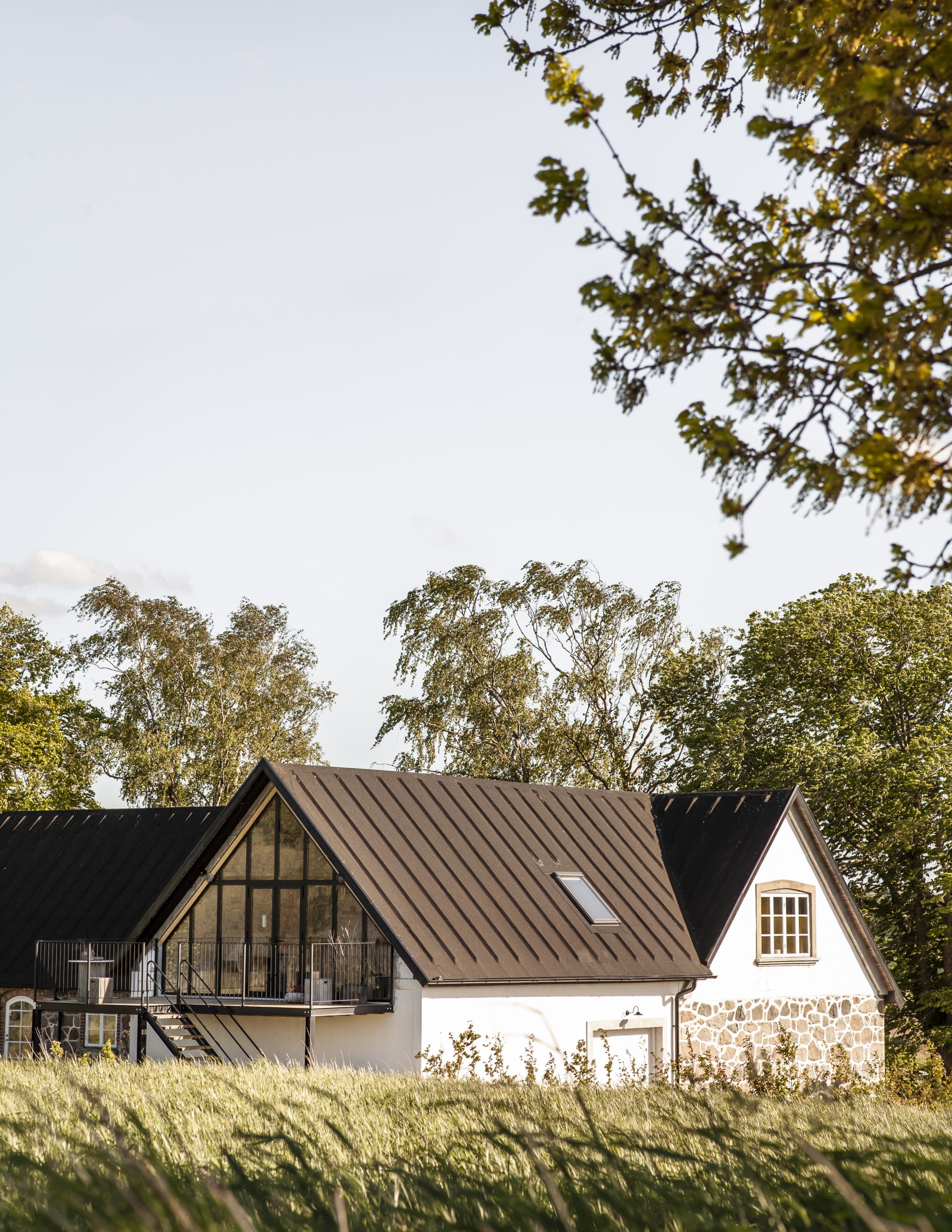