Even if Stockholm Design Week was a small version of its former self, it did bring some joy to the design industry with several great initiatives. While some brands opted for digital launches, others staged exhibitions and opened their showrooms by appointment. Amongst our favourite launches is Jenny Nordberg’s lamp Accumulations made of leftovers and in production by Olsson and Gerthel, as well as a ceramic exhibition and a furniture collection made entirely of Swedish materials - down to the last screw. 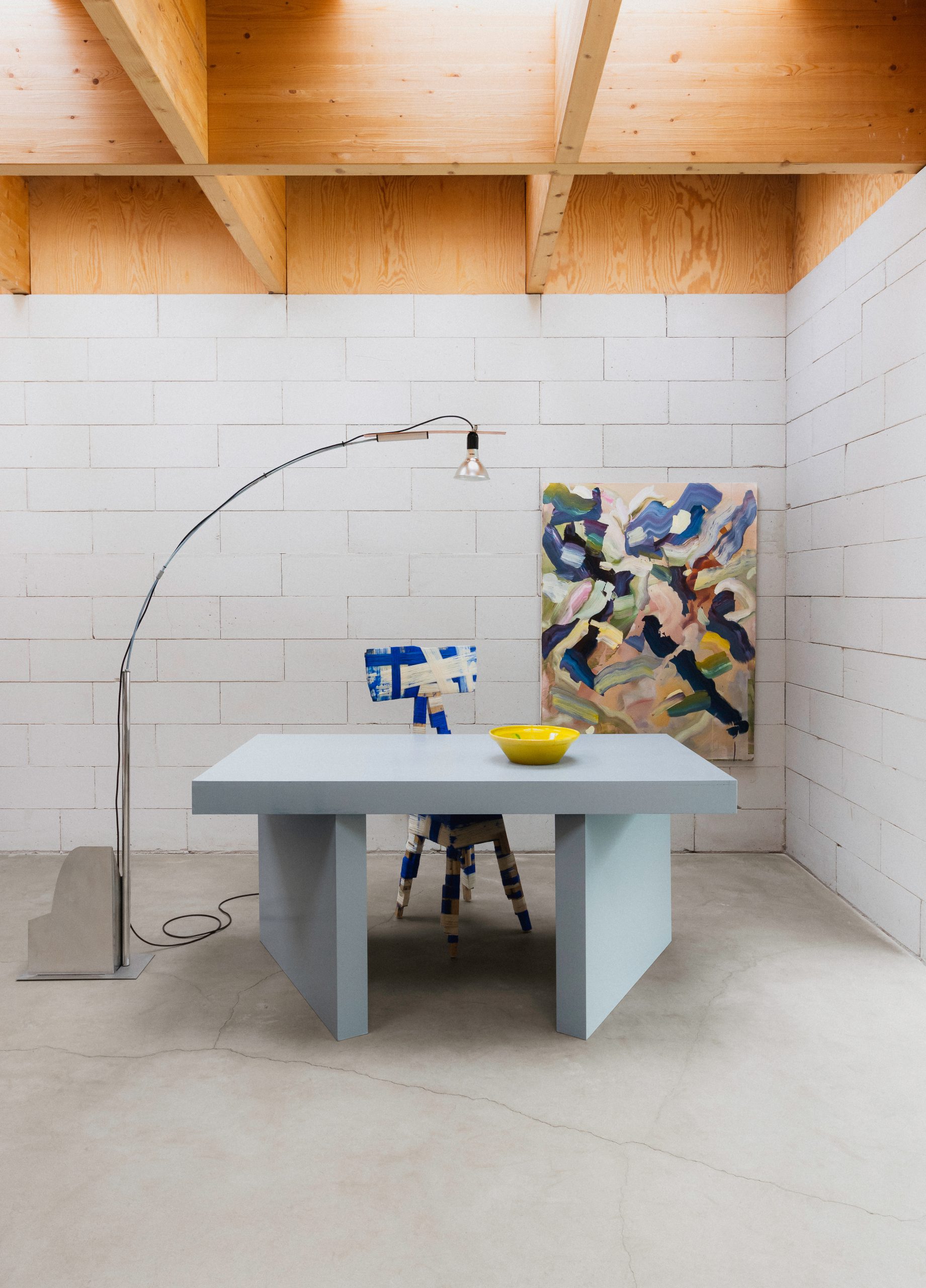 Jenny Nordberg works in a research driven way, exploring alternatives to irresponsible mass production. This permeates her new floor lamp Accumulations, which is made of recycled steel and leftover material from producers such as Örsjö, Lydotech and Malmö Upcycling Service in the south of Sweden. We are happy to see it’s now in production with producer and furniture store Olsson & Gerthel. 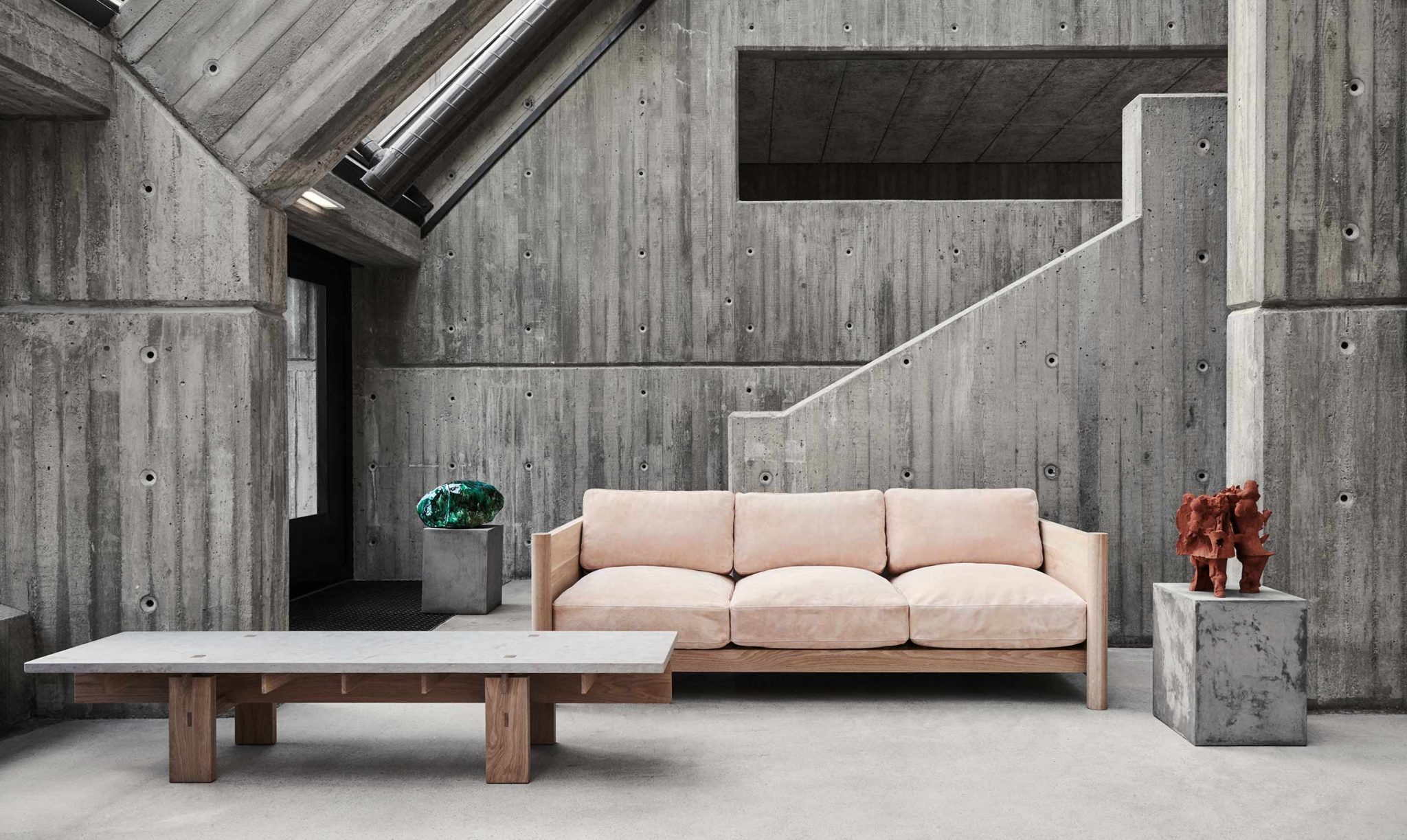 We are welcoming Verk to the Scandinavian design scene, an ambitious new brand making furniture and accessories strictly using materials only from Sweden, and as such pushing responsible production while at the same time educating the end consumer. We love their sofa V.MC.01 by Mia Cullin, with upholstery in Swedish textel wool and needle felt. Their Coffee table designed by Linn Fredlund is also a gem. 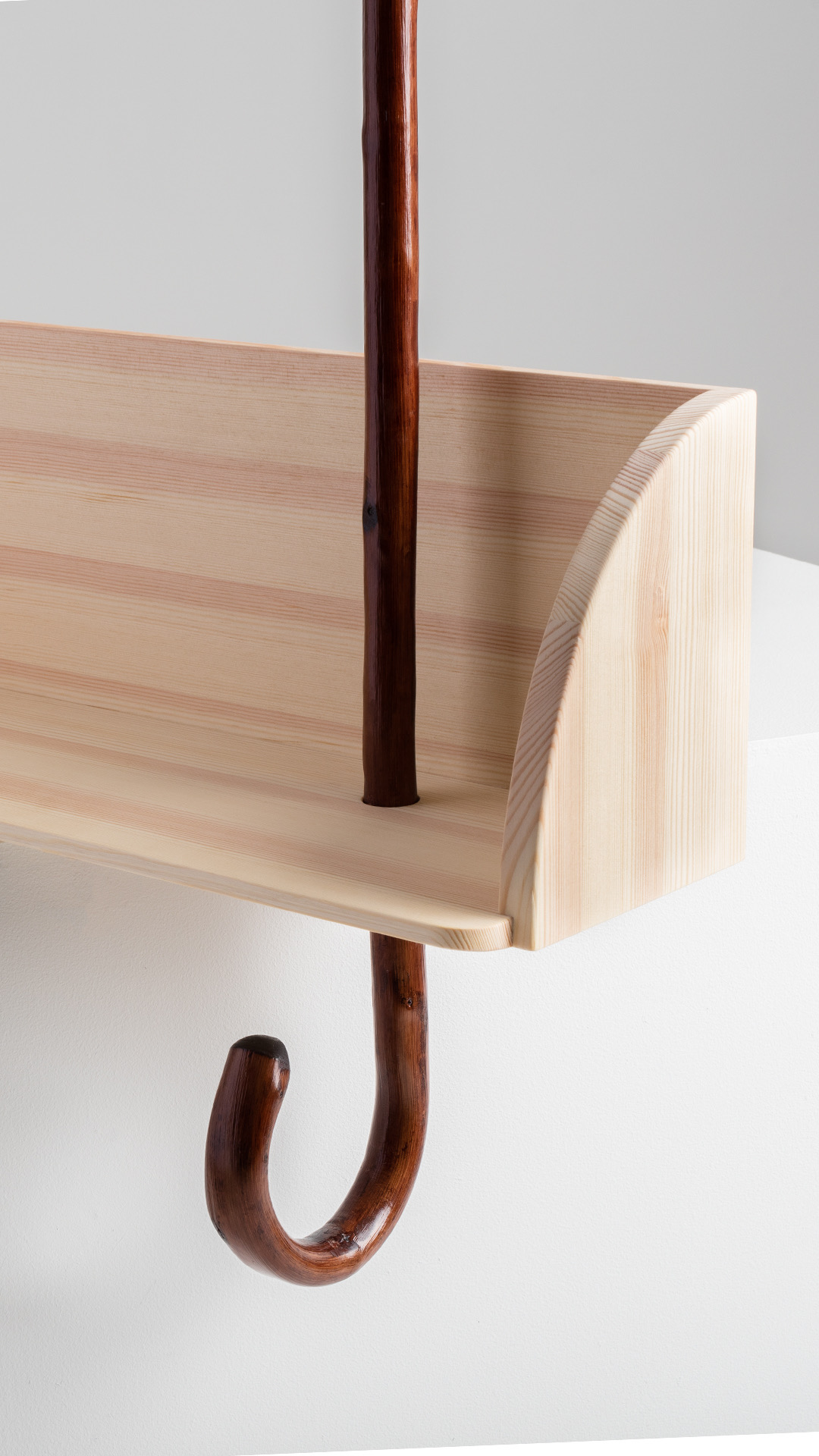 Designer Anna Kraitz has been invited to play with the pine shelf Lilla Furuhyllan, designed by Carl Malmsten 1941, and now put into production for the first time by Mylhta. Her top notch limited edition version was on show (and for sale at the auction) at the initiative Inside Swedish Design gathering many of the Swedish producers at the auction house Stockholm’s Auktionsverk. 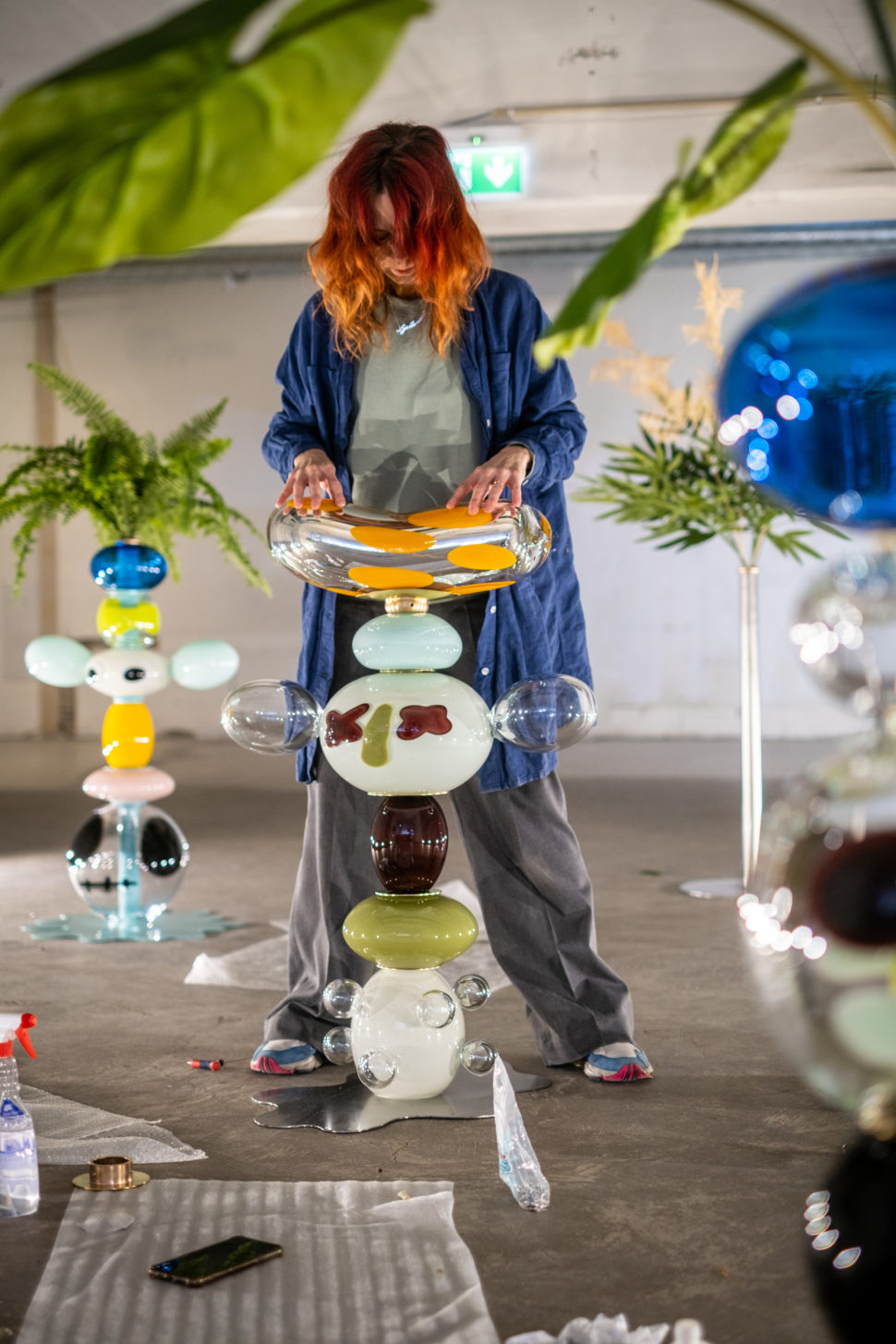 Misschiefs Take Over invited eight women designers to their temporary space in the city to exhibit their work during design week, amongst them Emma of Färg & Blanche, Kajsa Willner and Frida Fjellman. Fjellmans amazing glass sculptures, made of leftovers from an earlier production, are easy to fall in love with, as is Monica Försters first prototype for a stool now launching for Zanat. Elle Decoration Sweden did great when awarding Misschiefs founder Paola Bjäringer ”inspiration of the year.” 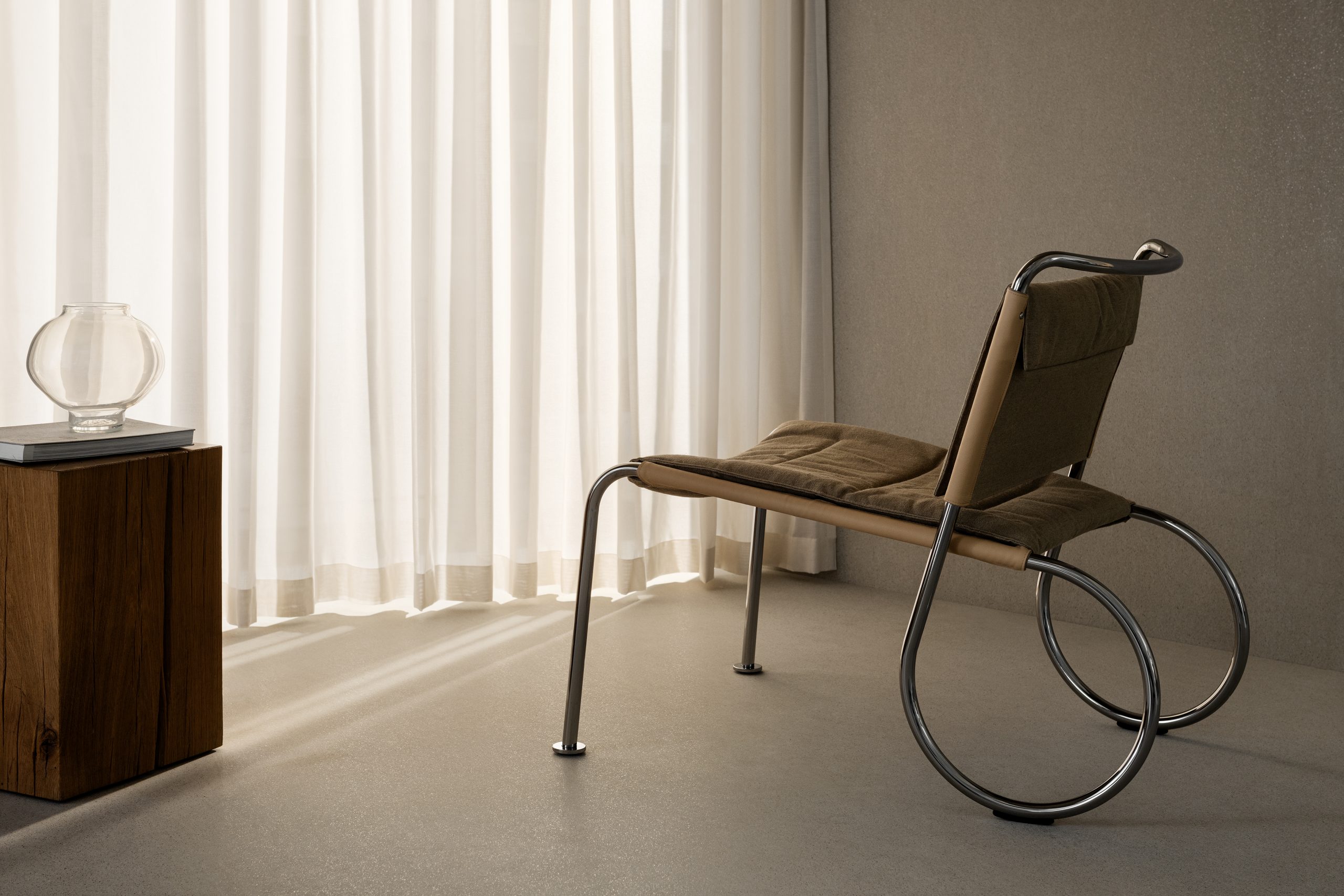 Peter Anderson’s chair Corso stands out in a crowd. With its distinctive loop of steel tubing it combines a resource efficient construction with a strong identity. One of two new great launches from Lammhults this year - they are also showing the new chair Sunny by Note Design studio and Gunilla Allard - the producer is on to something very interesting.

This year Dry Studios - working with creative direction, graphic design and small scale furniture production - have collaborated with new brand Bonnibonne on an exhibition sharing the two brands distinctive realm. Bonnibonne are launching new ceramics and a series of furniture by Japanese architect Fumihito Ohashi, and Dry Studios shows a selection of new pieces including a series of poetic screens. 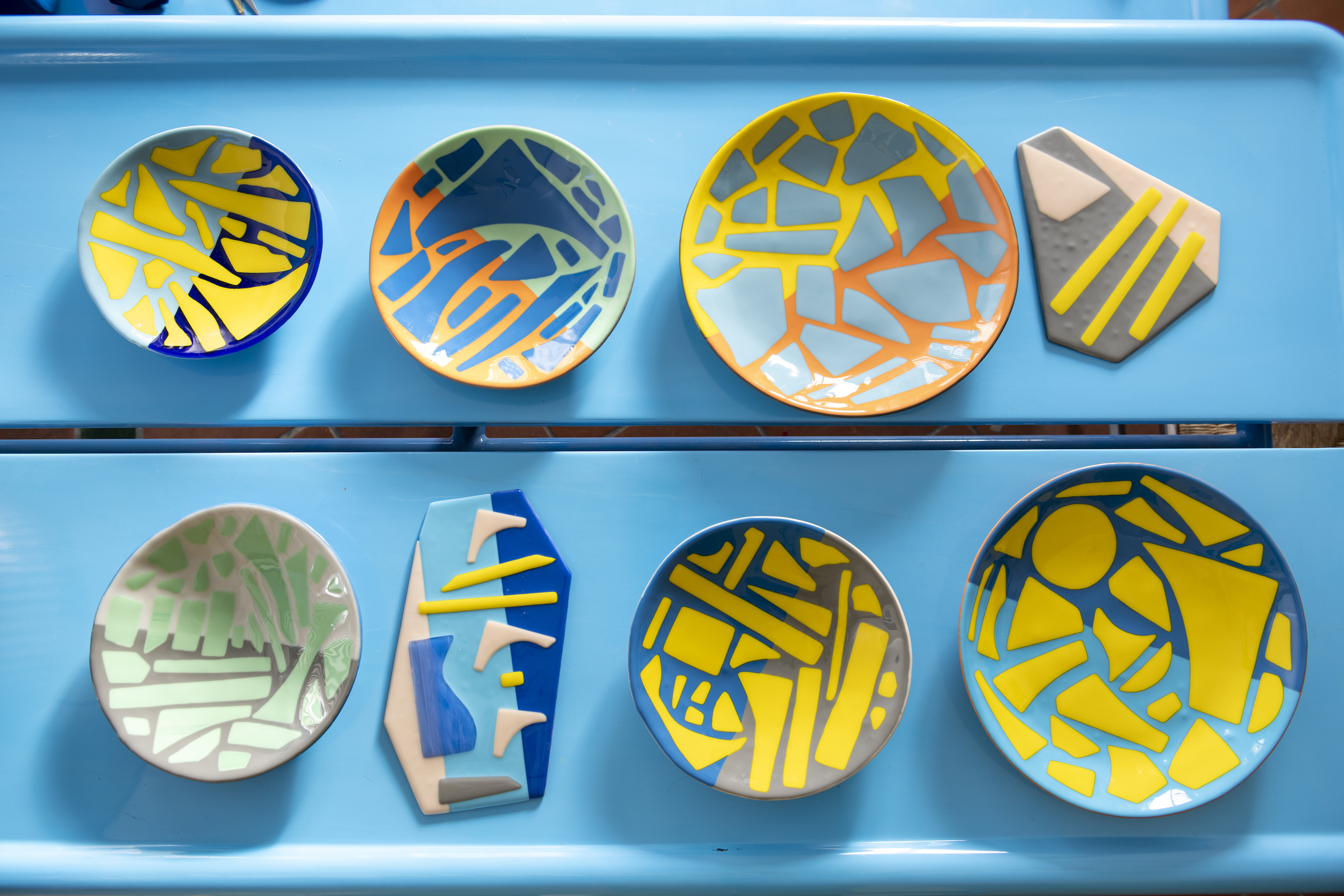 Swedish producer Hem is going from one strength to another, with a new strong graphic identity, a clear tone of voice and some new (and upcoming) interesting launches such as the new lounge chair by Faye Toogood. With their ongoing collaboration with Modern Art Review they show us how to stay vibrant as a producer, inviting small scale artisan production into their larger collections. The new collaboration with Mexico based maestro Fabien Cappello has resulted in a limited collection of stunning handmade plates. 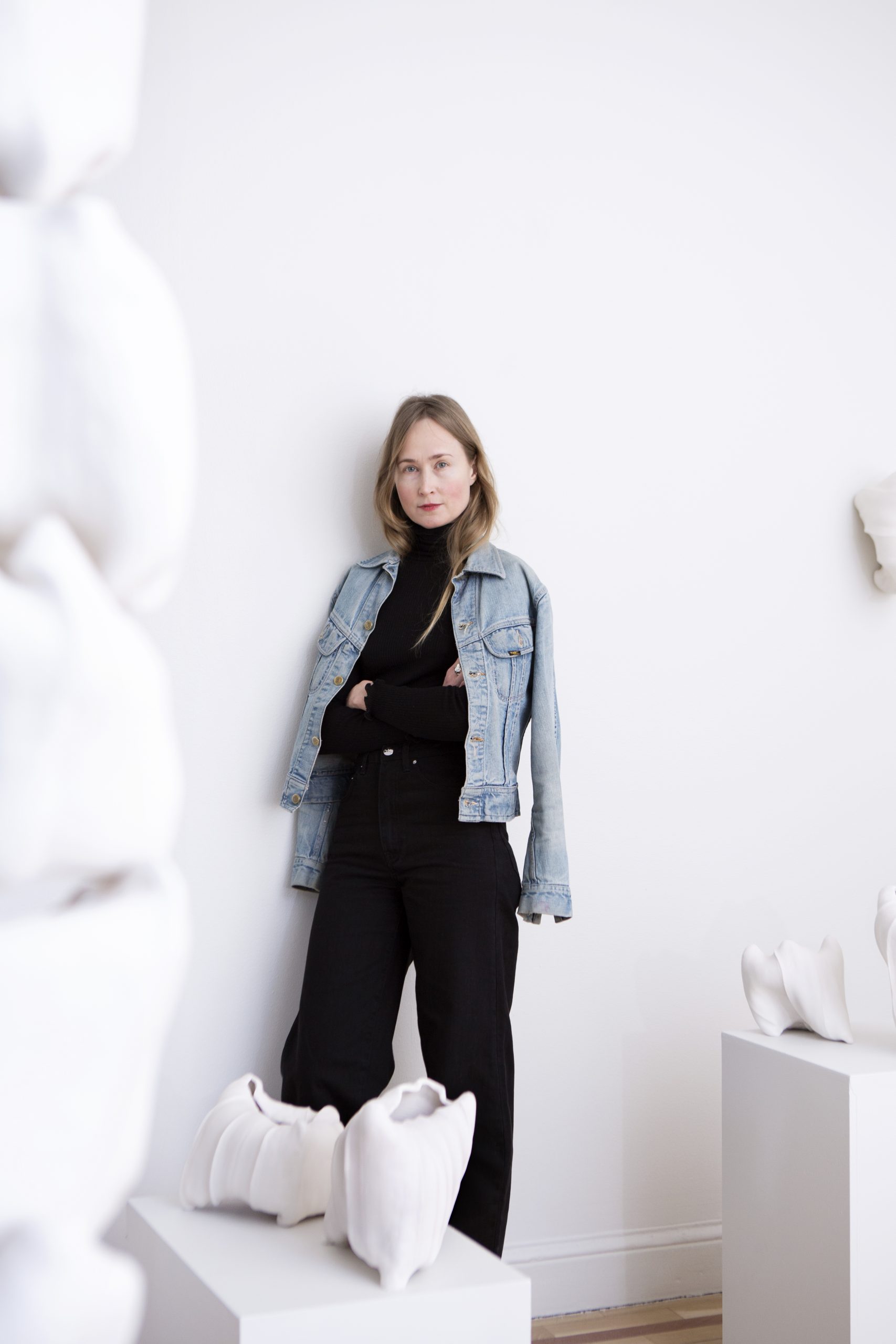 Inviting Åsa Stenerhag, which we featured in issue one, Daniel Wester and Alice Schulman to show their objects of desire in ceramics, wood and glass respectively, auction house Bukowski nailed the most serene exhibitions during the week - we are in awe of all three artists.

Opening up an excellent Stockholm wine bar last year was a bold move, not least in the midst of the pandemic, but it’s given Gemlas furniture a place to be enjoyed in the Swedish capital, and it opened their eyes to pieces of furniture missing in the collection. Bench and sofa Lave is designed by Pierre Sindre in solid ash from certified forest with nice handcrafted details. 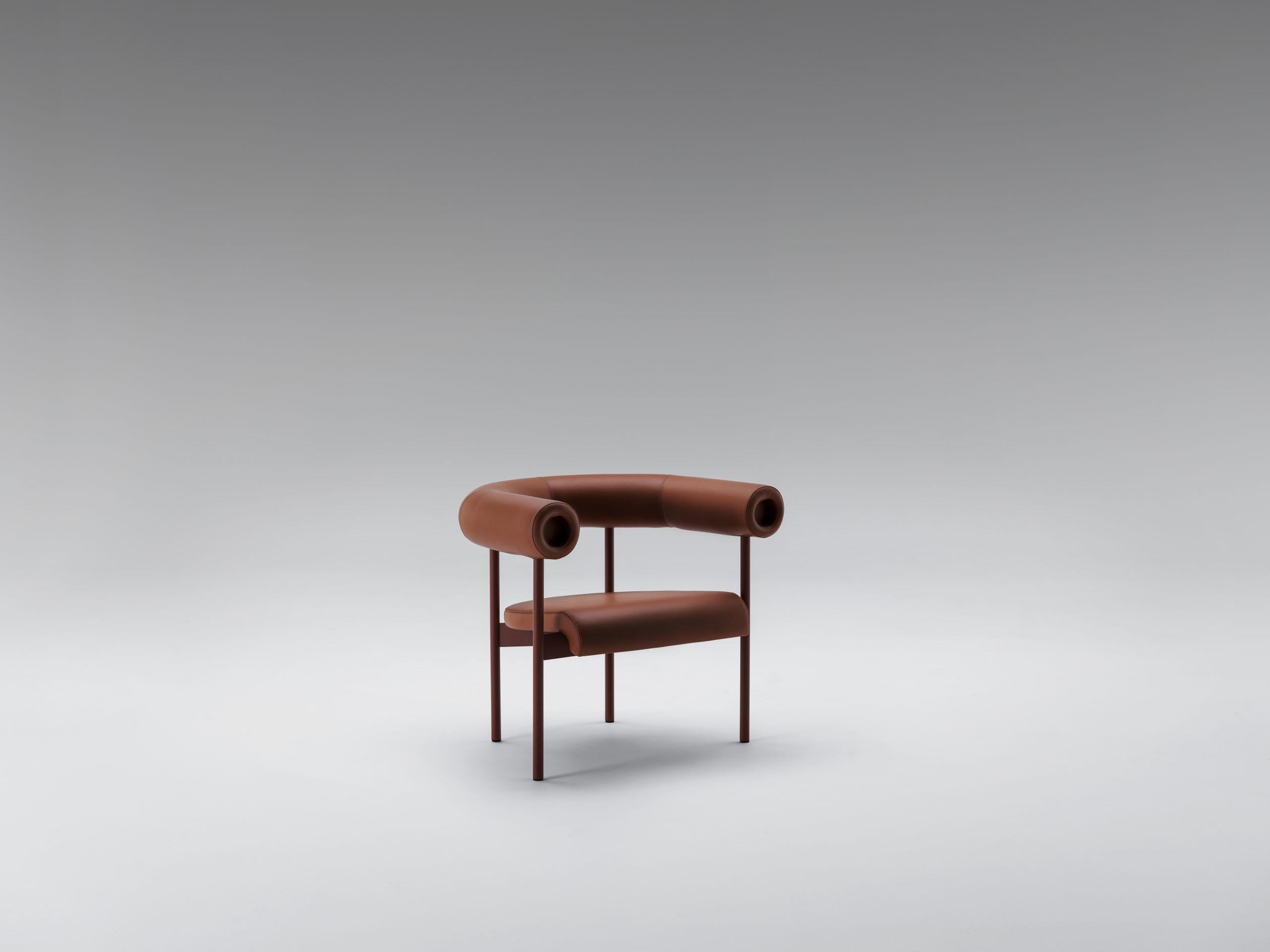 Further developing the sofa Font originally designed for the Swedish National museum, Klenell’s series for Offecct now feels complete, also including an armchair. Launched with an ambitious book about Klenell’s work, its a good takeoff for Klenell’s coming exhibition at Värmlands konstmuseum in a month. 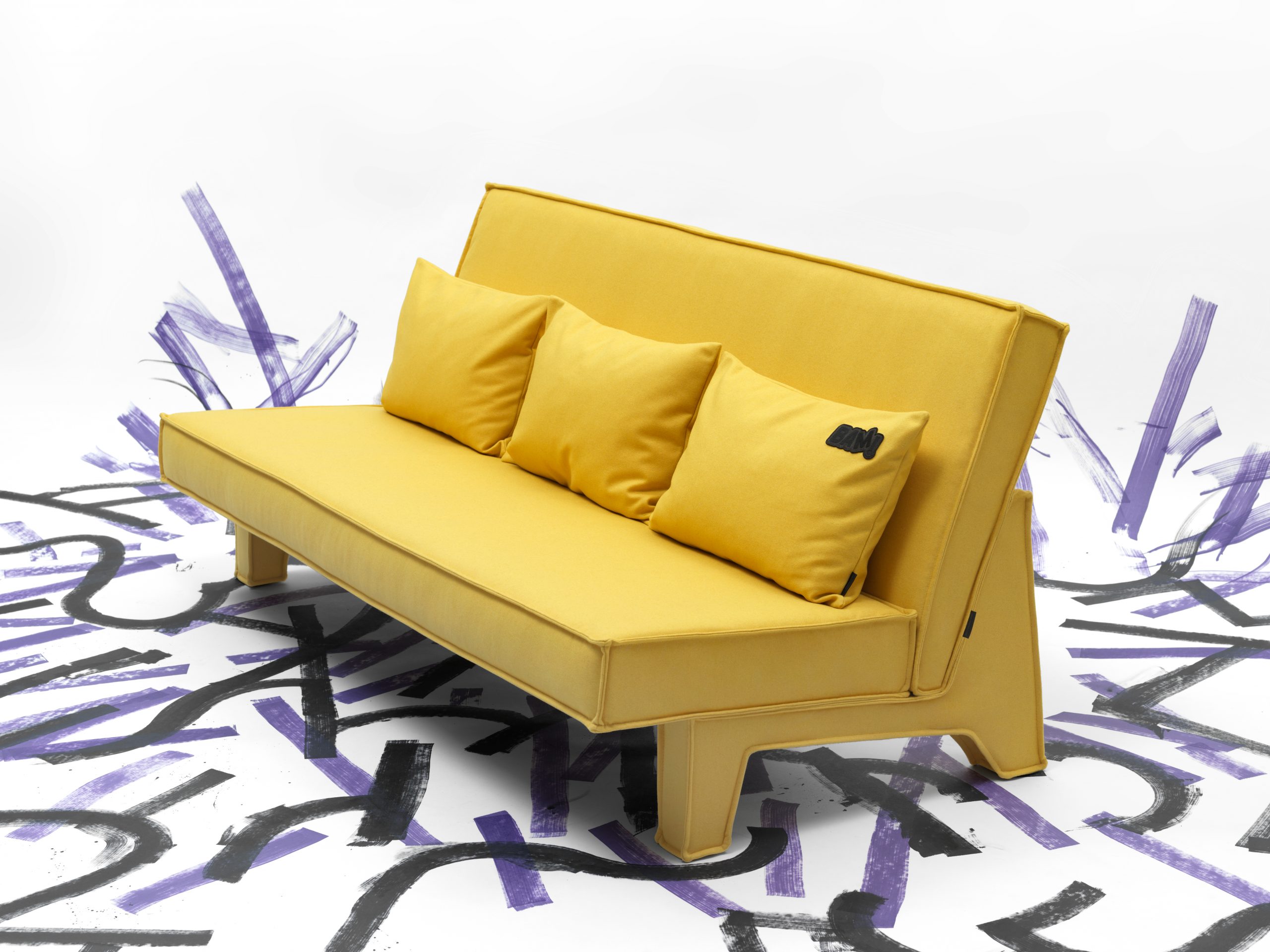 With its strong graphic shape the new sofa Bam! is a bold statement with pop art influences, and it stays true to Massproduction's mission to always stick to their own voice. 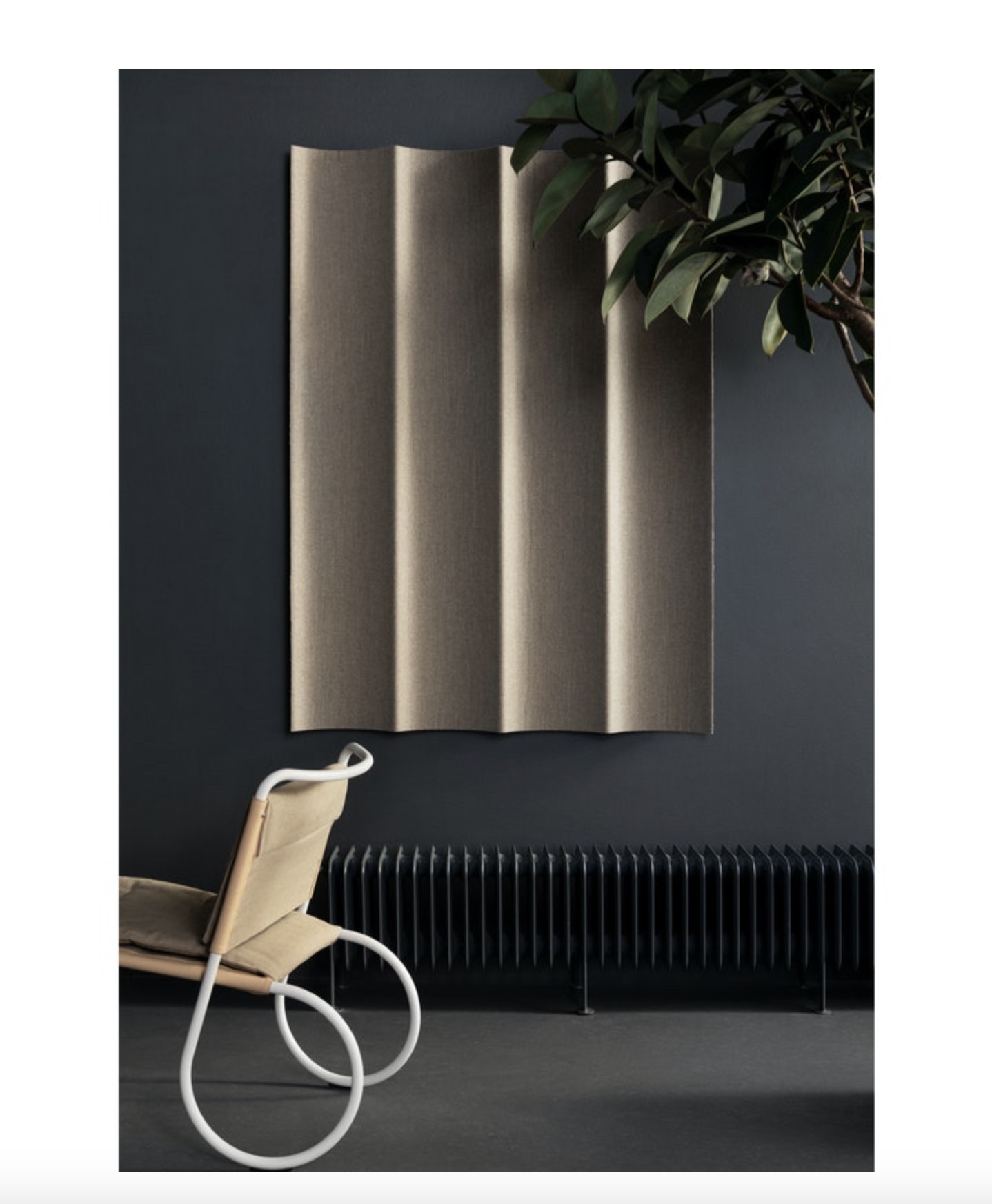 With more than 20 years of collaboration with Lammhults and Abstracta, designer Anya Sebton knows a thing or two about creating functional furniture for public areas, including sound absorbers. An absorber and diffuser in the same product, her Scala XL for Abstracta is an A-classified absorbation panel inspired by facades, columnes and arcades.