Seven things we recommend this week

WE RECOMMEND THIS WEEK

A new brutalist brand launching in Finland and a new boutique hotel opening in Stockholm; we list some of our favourite Scandinavian news this week. 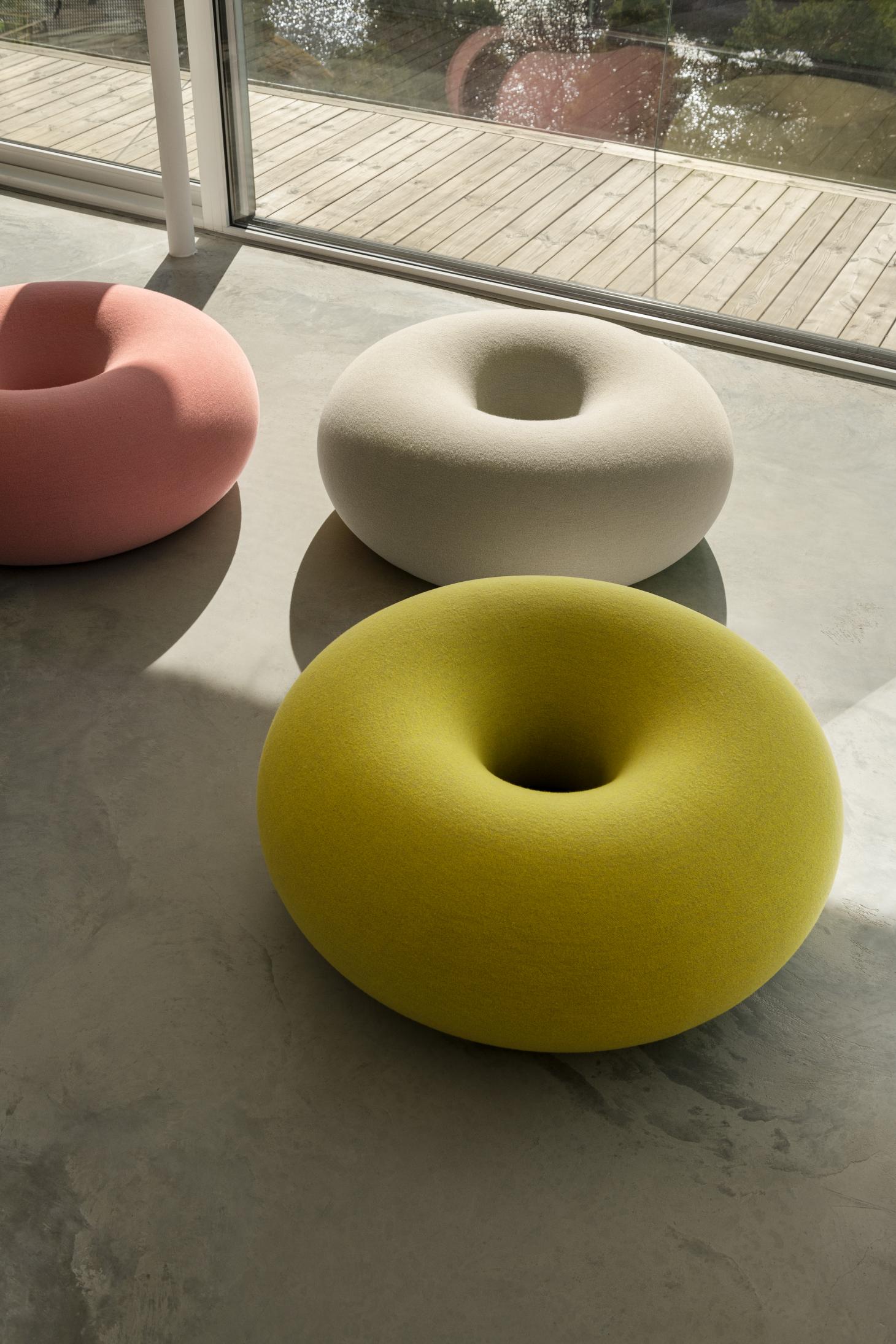 Two years in the making, the new eye catching pouf Boa for Hem marks Sabine Marcelis first collaboration with the Swedish brand. Born from a love of the doughnut shape, Marcelis pouf taps into the current mood for design pieces with a strong personality, going beyond mere function. Creating a seamless, 3D-knit fabric proved a difficult process but gives the pouf a tailor made look and reduce the production waste significantly. 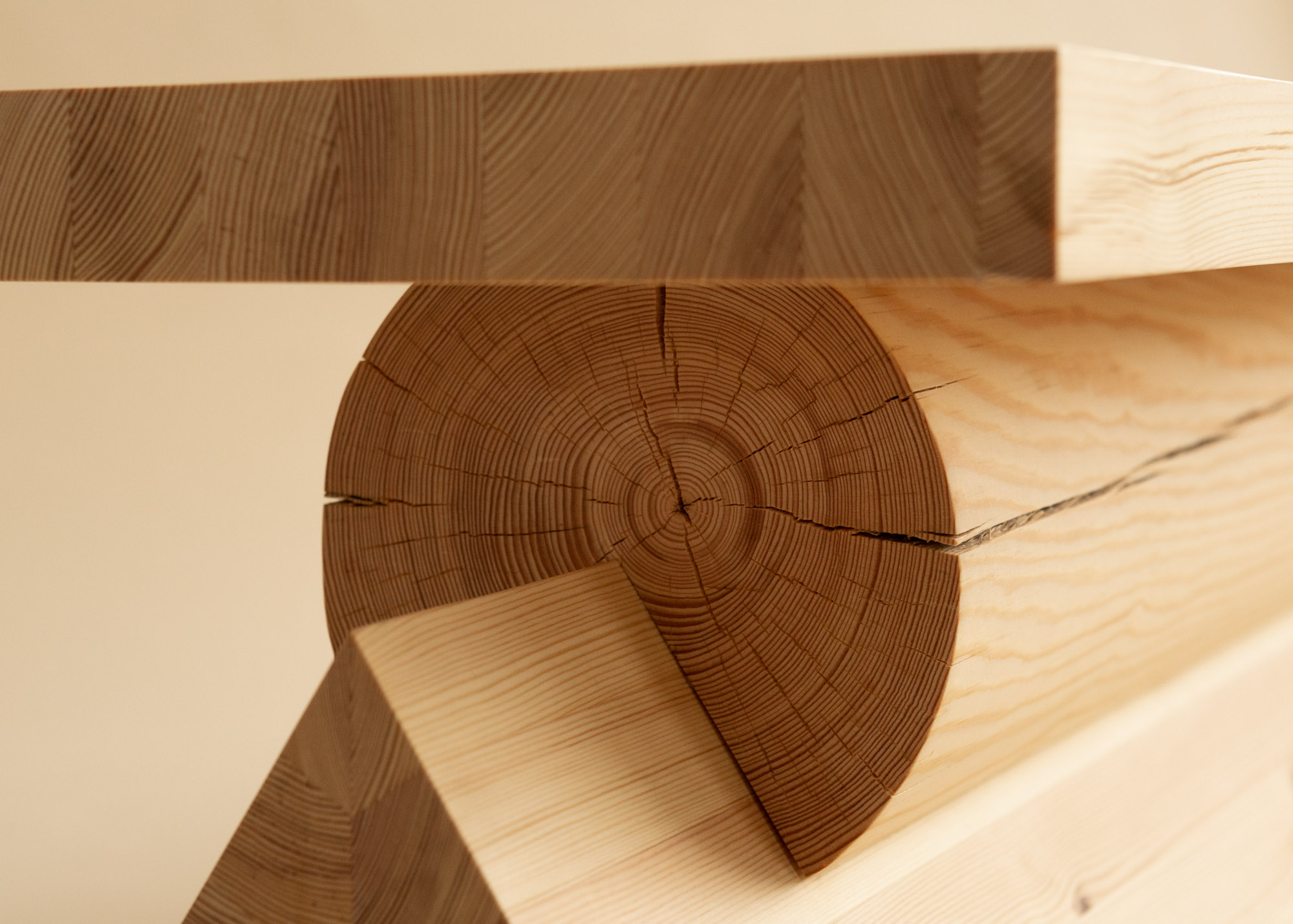 The new Finnish furniture company Vaarnii aims to introduce “a new Finnish vernacular” using local materials and local makers - from specialised factories to individual craftsmen - which are all carefully introduced alongside the furniture pieces online. Their first range of furniture is completely made from uncultivated Scots Pine, and includes pieces by Industrial facility, Fredrik Paulsen, Philippe Malouin and Max Lamb. The brain child of Miklu Silvanto and Anttii Hirvonen, Vaarnii grew from years of discussions about creating “a different point of view to furniture and Finnishness.” 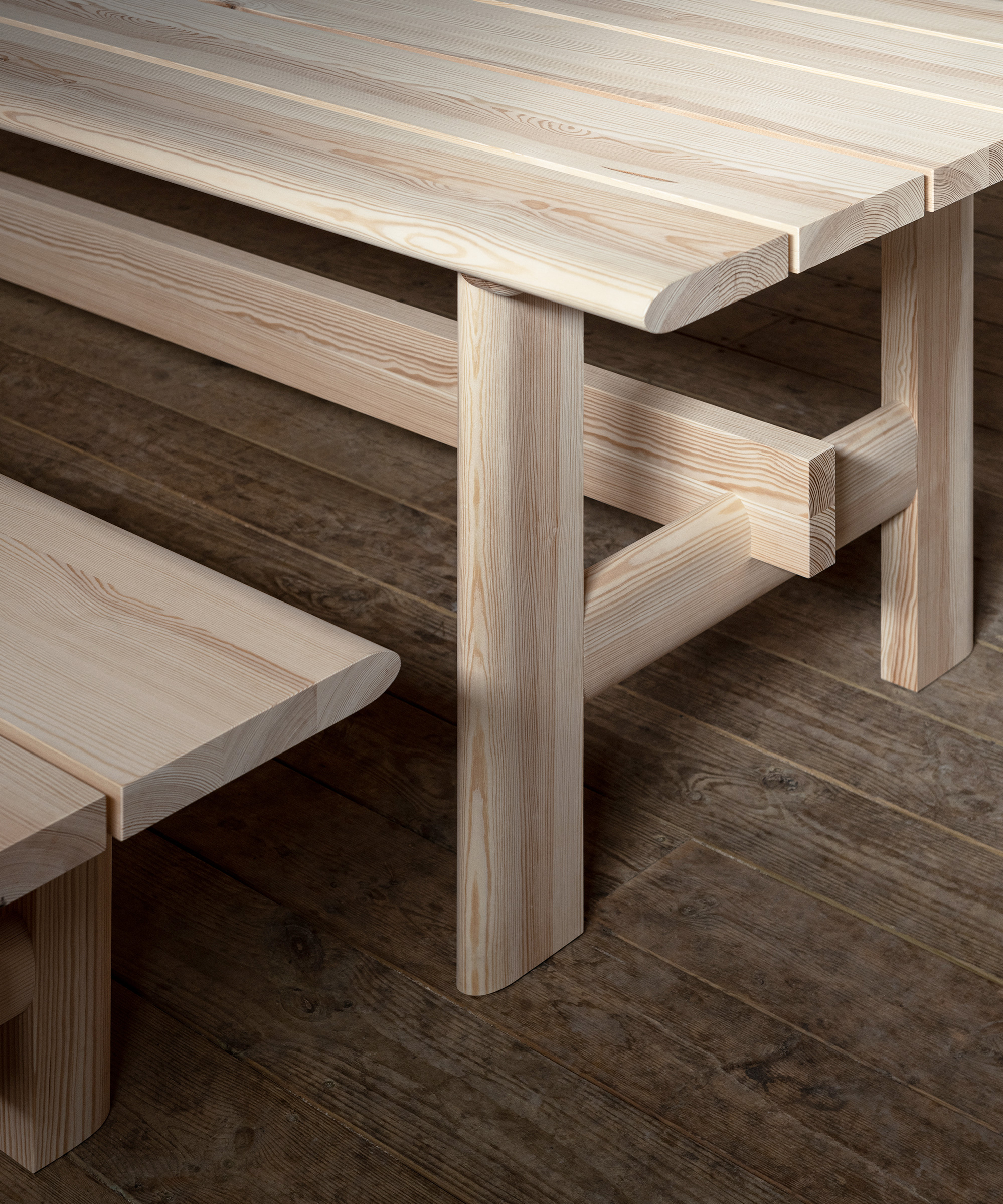 For the love of pine

Designer Emma Olbers and Swedish wood furniture producer Stolab has joined forces and collaborated on a dining table and bench named Pino - Italian for pine - aimed for long evenings outdoors. “I wanted to create something where you could sense the great characteristics of pine, with it’s annual rings and knags” says Olbers about the choice of material, which grow in abundance in Sweden but for long has suffered an association with 70s skiing chalets. 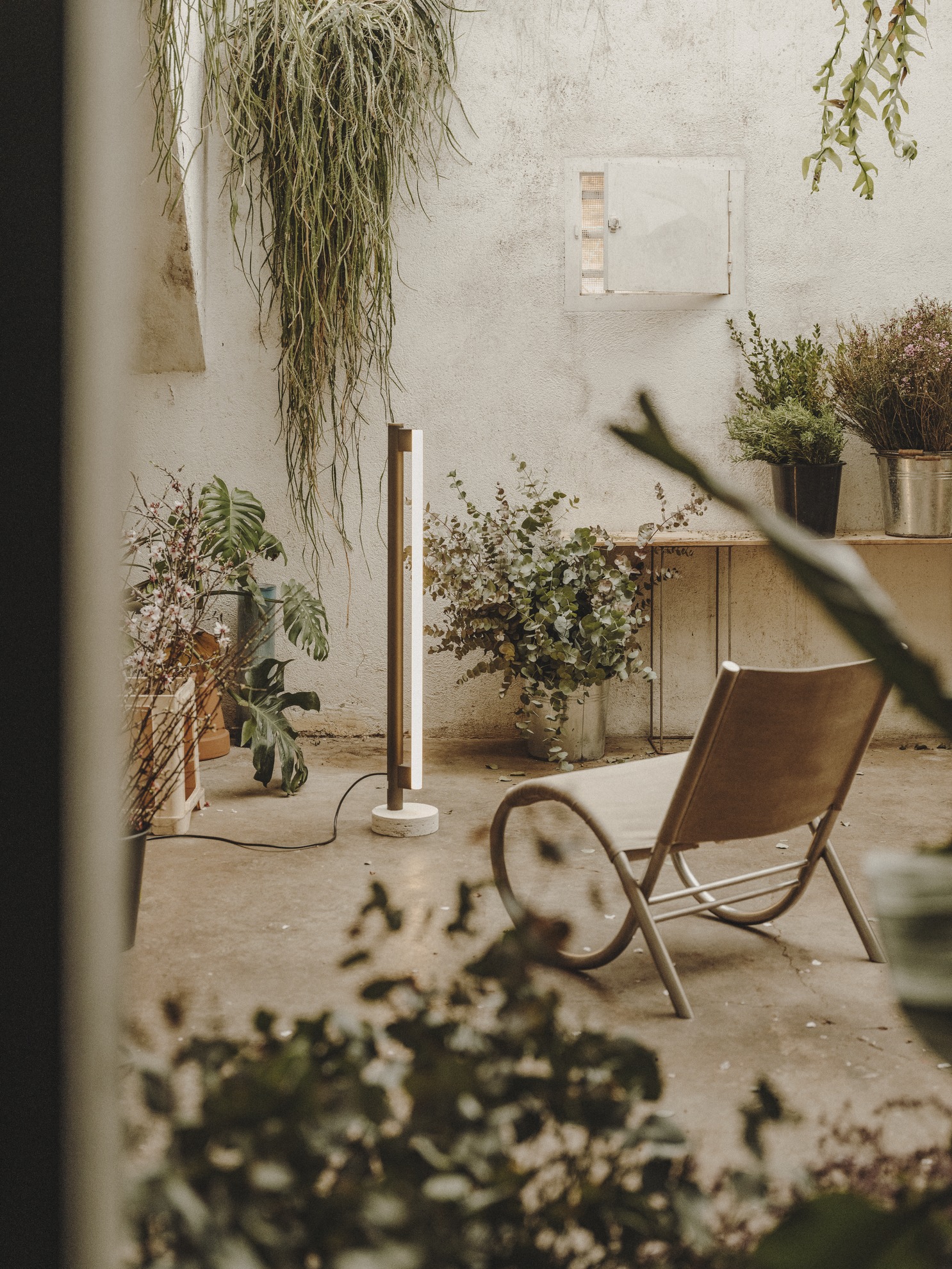 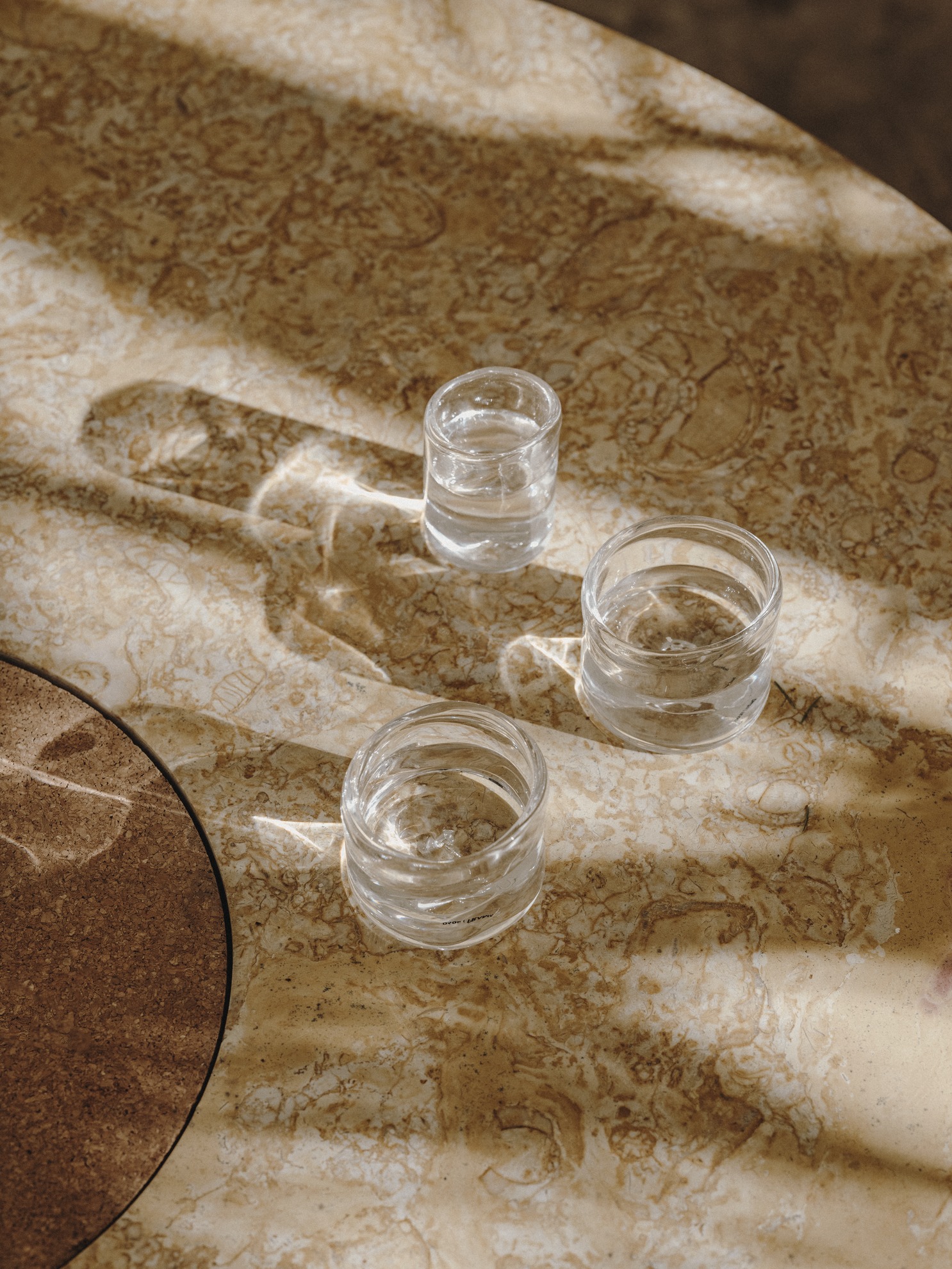 The Danish brand Frama recently took their Studio Store concept to Barcelona, now sharing space with the innovative family owned florist Alblanc Atelier in the neighborhood Poblenou. The Studio Store concept is based on collaborations with local creatives and an inventive way to explore design ethos and build friendships with similar thinking brands and ateliers in different communities. 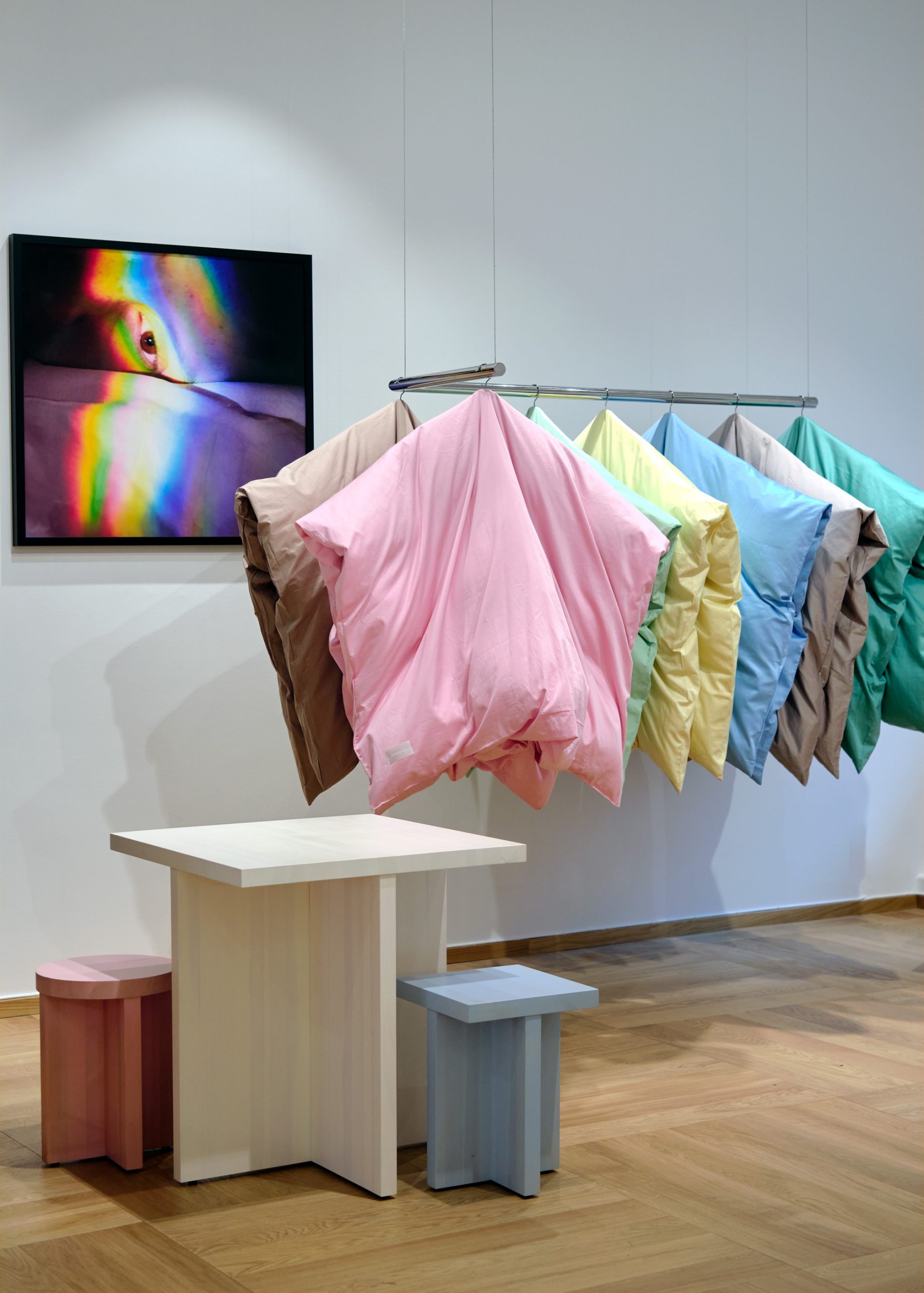 Swedish bedwear brand Magniberg has just released its first shop in shop at department store Nordiska Kompaniet featuring its latest Candy Shop collection in colours and materials such as Green sateen and Sand poplin. Both textures and colours can all be mixed and matched. It’s a great way to brighten up the bedroom this spring. 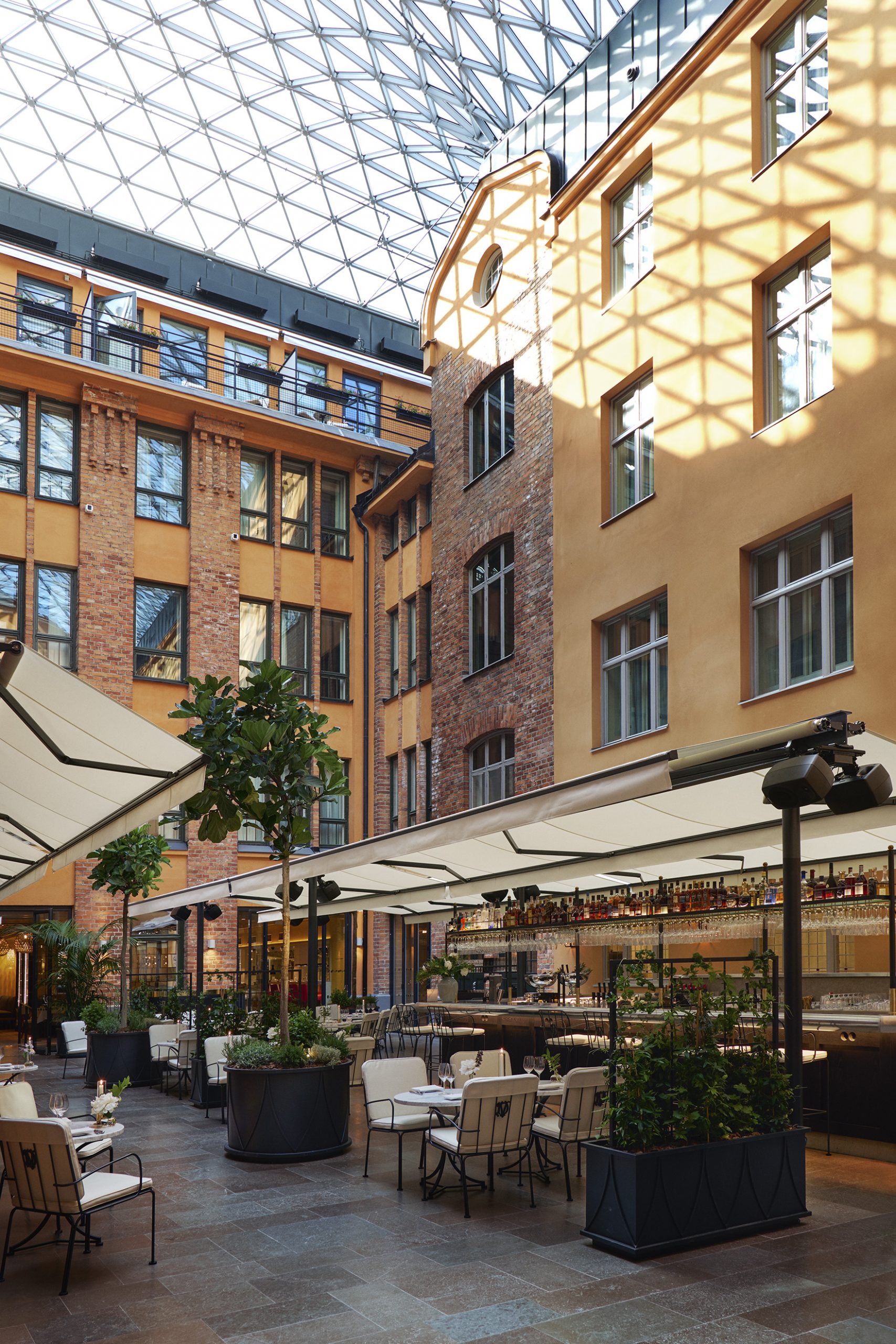 The Swedish capital has just received some Mediterranean elegance with the opening of hotel Villa Dagmar on Nybrogatan in the Östermalm district – just a stone's throw away from older sibling Diplomat. The impressive location designed by Tengbom architects and Per Öberg took five years to complete and include 70 rooms, an indoor piazza covered by a stunning ceiling inspired by the British Museum, a restaurant run by the founders of two Michelin-starred Aloë, a café/ wine bar facing the street and a curated shop. You’ll find us soaking up the atmosphere from one of the balconies overlooking the piazza.

Offering a 360 panoramic view over Stockholm, the new landmark towers by prestigious OMA architects in Stockholm brings a new dimension to the Swedish capital. The first tower, named Innovationen, was ready in 2018, while the second tower Helix was just completed. The Helix pent house, which is now for sale via ESNY, offers a 200 square meter living area, on floor 33 and 34, and comes with a large 125 kvm terrace. 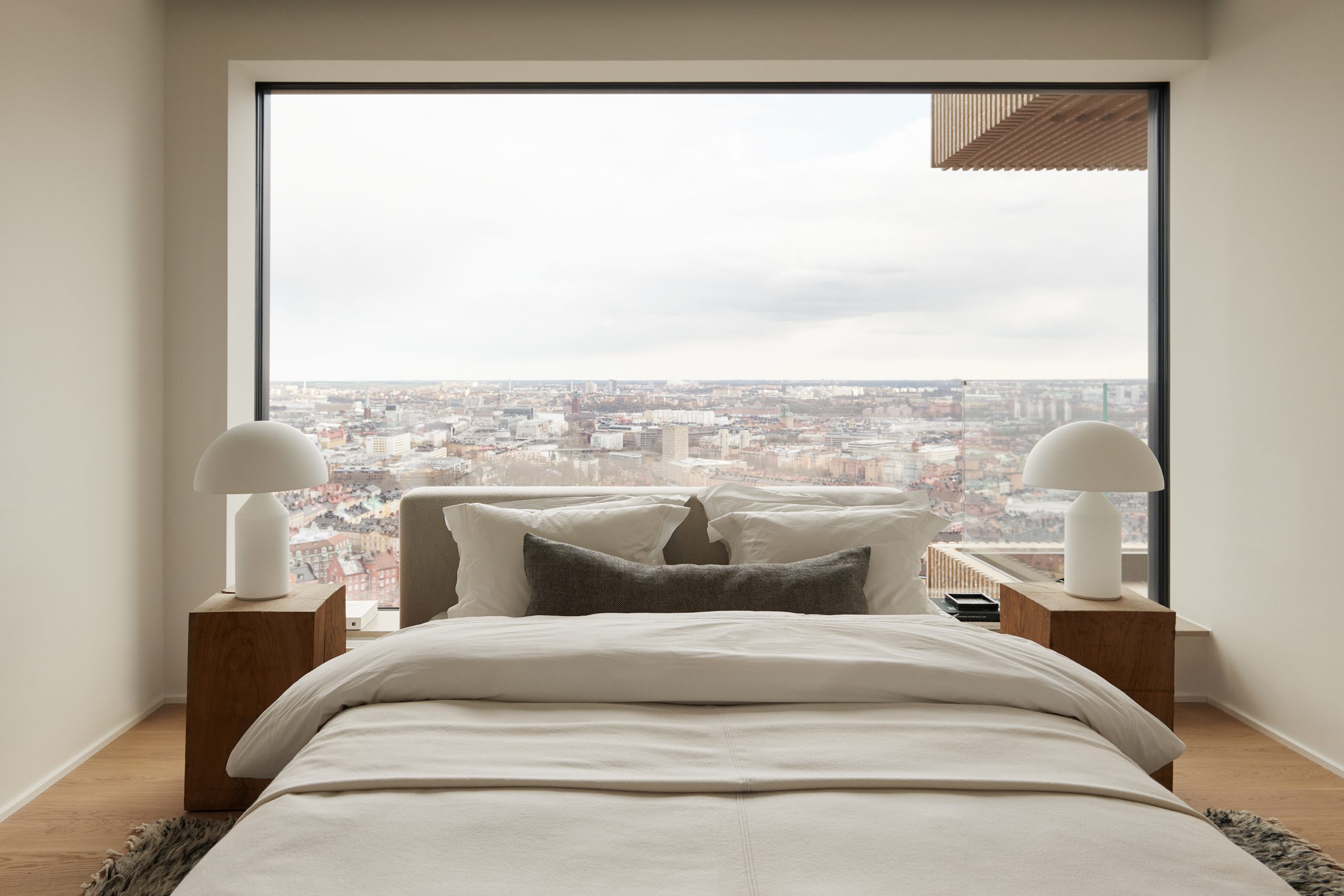