in Kvadrat’s The Triple Folly pavilion

In The Triple Folly, a new sculptural pavilion at Danish textile manufacturer Kvadrat’s headquarters in Ebeltoft in Denmark, artist Thomas Demand and Caruso St. John Architects blur the boundaries between architecture and art. Or is it really the other way around? This film shows how the project came about.

By collaborating with some of the world's most talented designers, textile manufacturer Kvadrat, which was founded in 1968, has continually expanded the aesthetic, technological, and artistic boundaries in the use of textiles. Kvadrat has previously worked with architects and artists such as Ronan and Erwan Bouroullec, Patricia Urquiola, Pipilotti Rist, Thomas Demand, Olafur Eliasson, Alfredo Häberli, Doshi Levien, Akira Minagawa, Vincent van Duysen and Peter Saville.

Logic dictates that an architect would be the one to approach when setting out to build a new structure. But Anders Byriel, CEO of Danish textile manufacturer Kvadrat had other ideas. Instead, he invited German artist Thomas Demand, a long-standing collaborator, to design a new building at the company’s headquarters in Ebeltoft, Denmark. “We gave Thomas full artistic freedom,” explains Byriel in the film. “We said yes to more or less everything he asked.”

Demand, who has never created an actual building before, is known for building sculptures of cardboard or paper, taking a picture of the sculpture, and then destroying it. For Kvadrat, he envisioned an idea inspired by three separate volumes: a sheet of legal paper, a paper plate and an American soda jerk’s hat. Equipped with this idea, he reached out to Caruso St. John Architects with a compelling question: “Can you make this into architecture?”

The result is The Triple Folly, a pavilion that can house meetings, seminars and even concerts, positioned on a hillock overlooking the Kattegatt sea. It is a Gesamtkunstwerk – a ‘total artwork’ – that strives to unify different forms of art, design and craft to create a cohesive entity. Locals and visitors can enjoy the Triple Folly as part of the picturesque landscape surrounding Kvadrat's HQ, which is also dotted with works by Olafur Eliasson and Roman Signer.

Thomas Demand and Caruso St John architects have also co-developed the interior’s defining features, including surfaces, chairs, tables, lamps, and even door handles. A suspended artwork by German artist Rosemarie Trockel is also present inside the pavilion, which works to enhance acoustics. 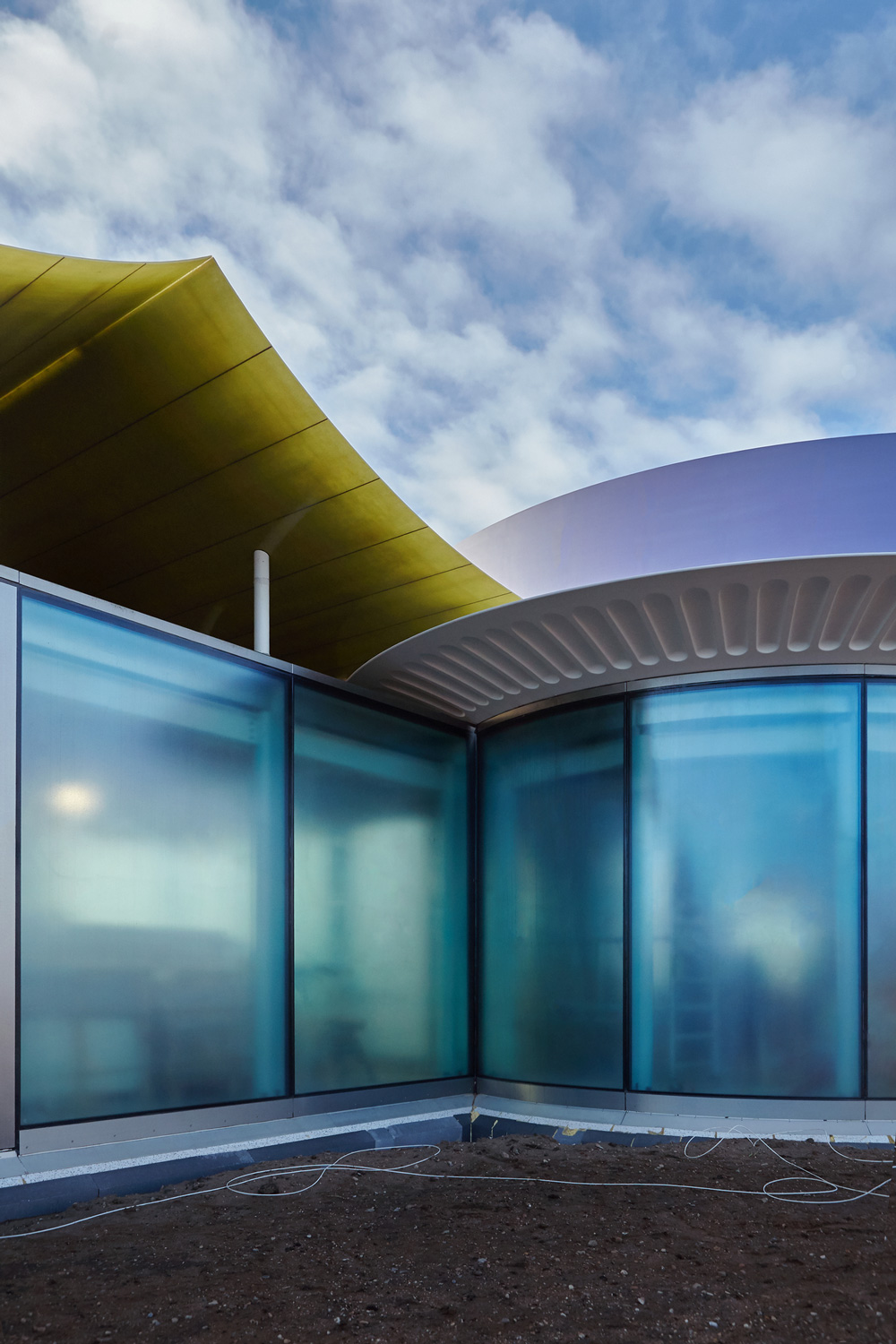 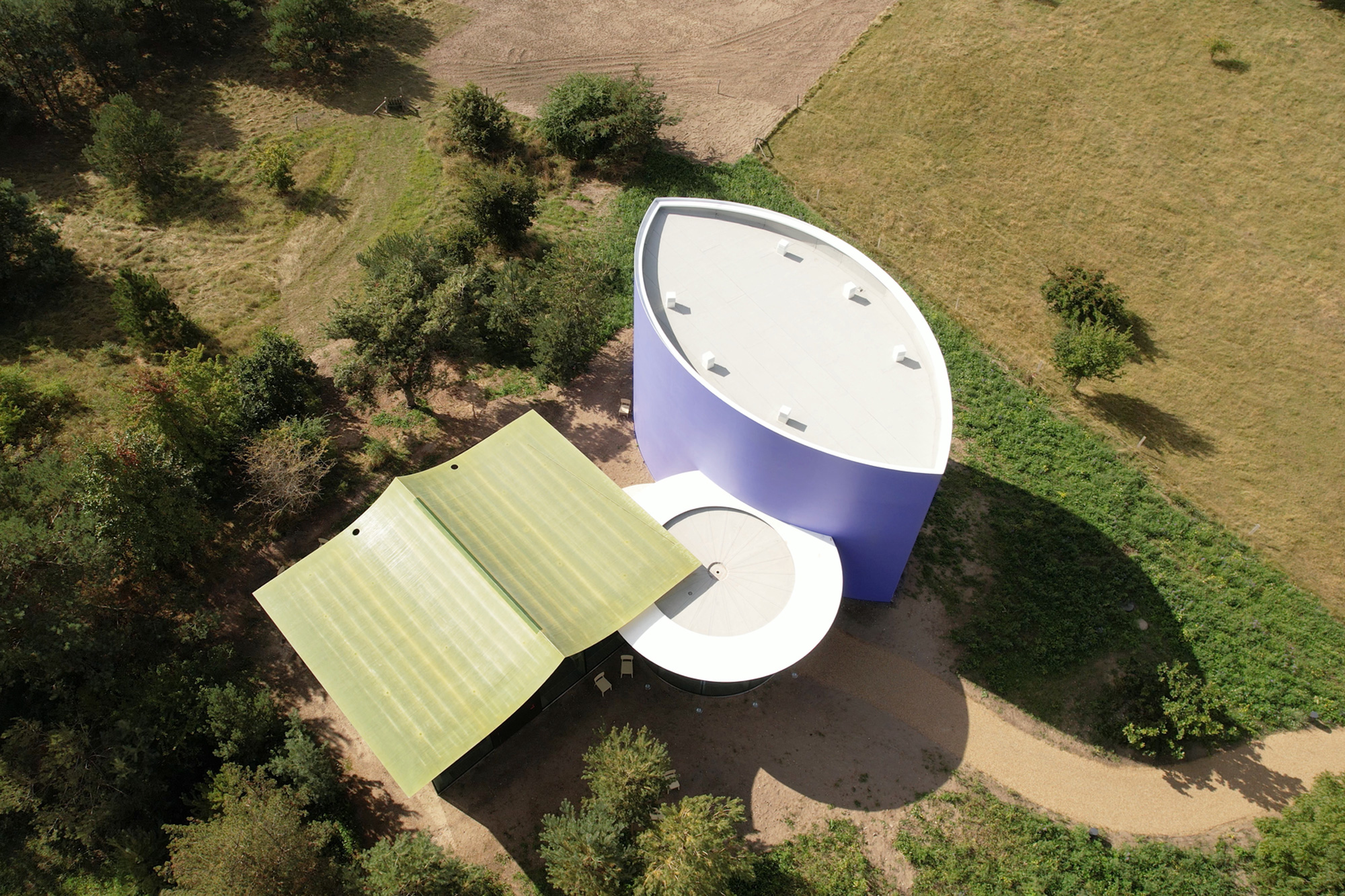 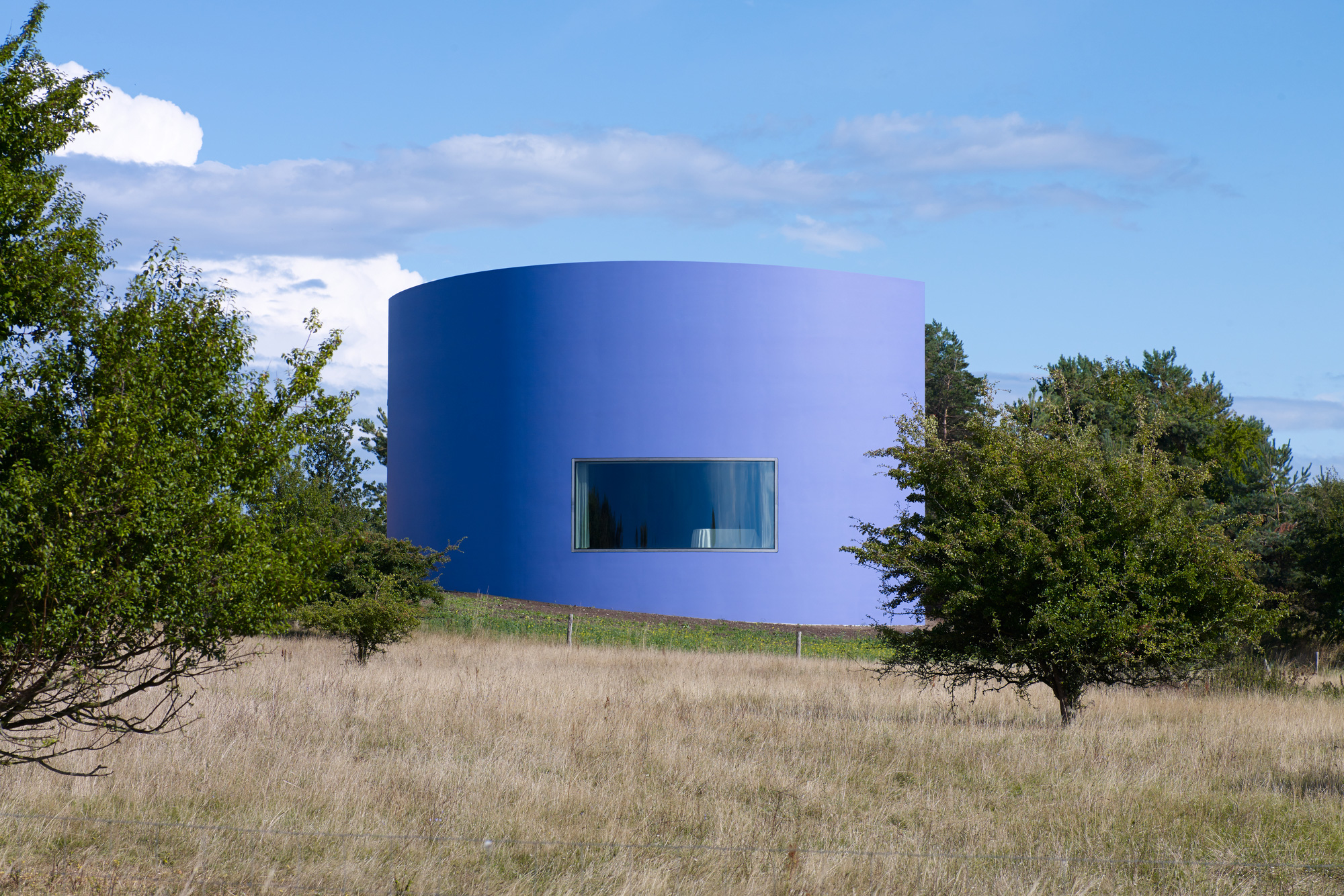 “This project had special challenges because the core idea of the project wasn’t explicitly architectural. It was this idea about the paper. And how do you make the paper into a building? And that is where it became an architectural project where an artist and an architect were collaborating together.” 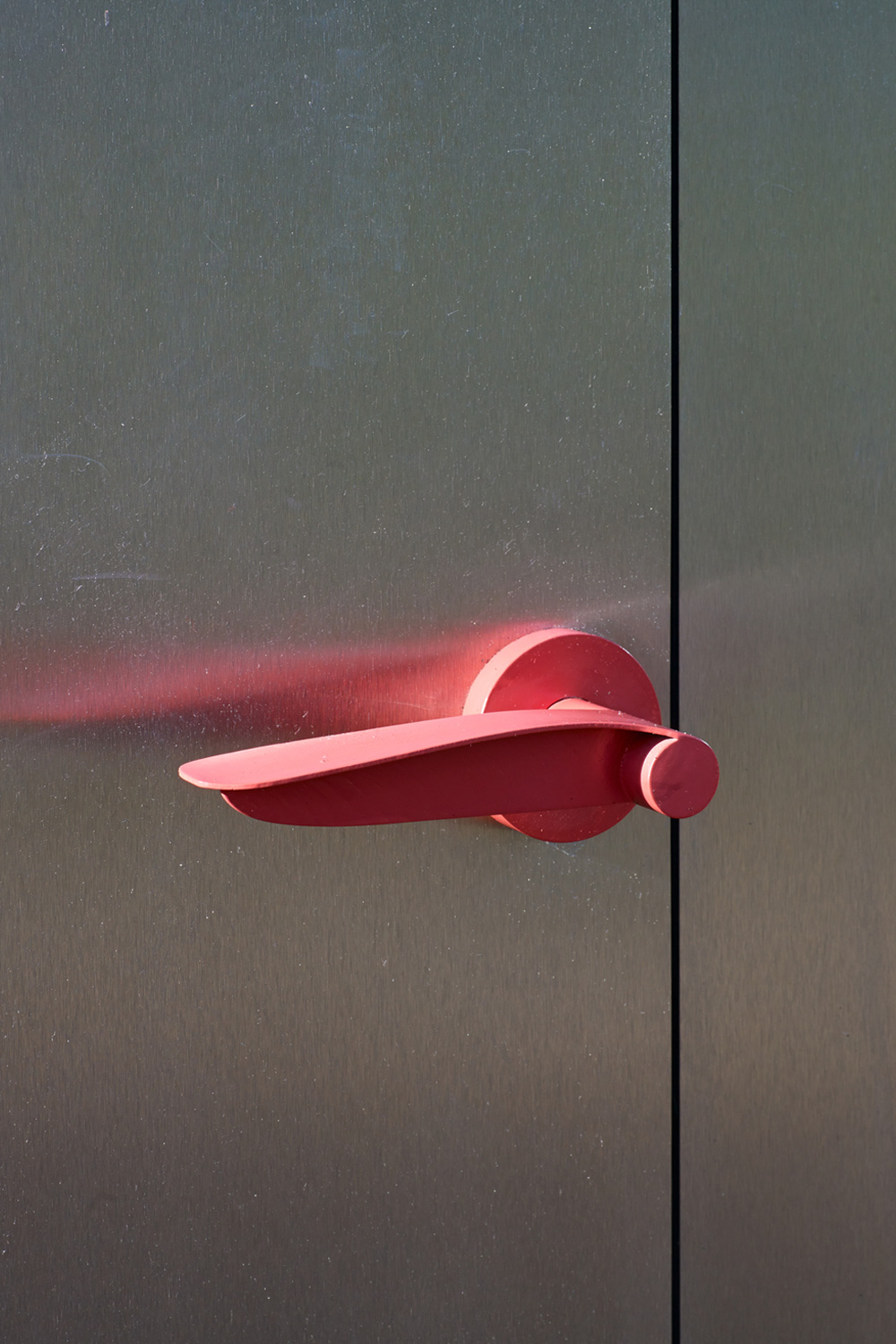 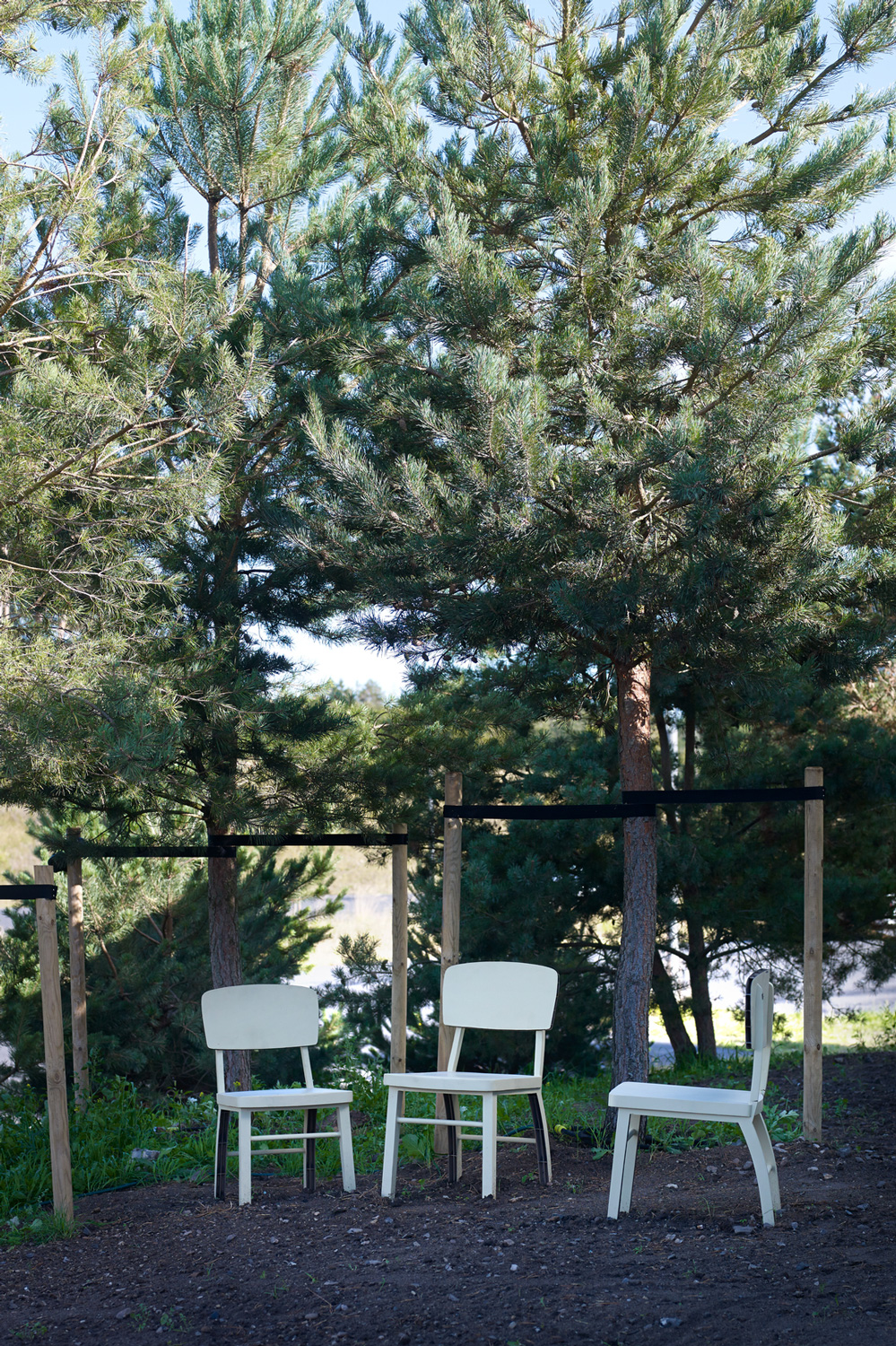 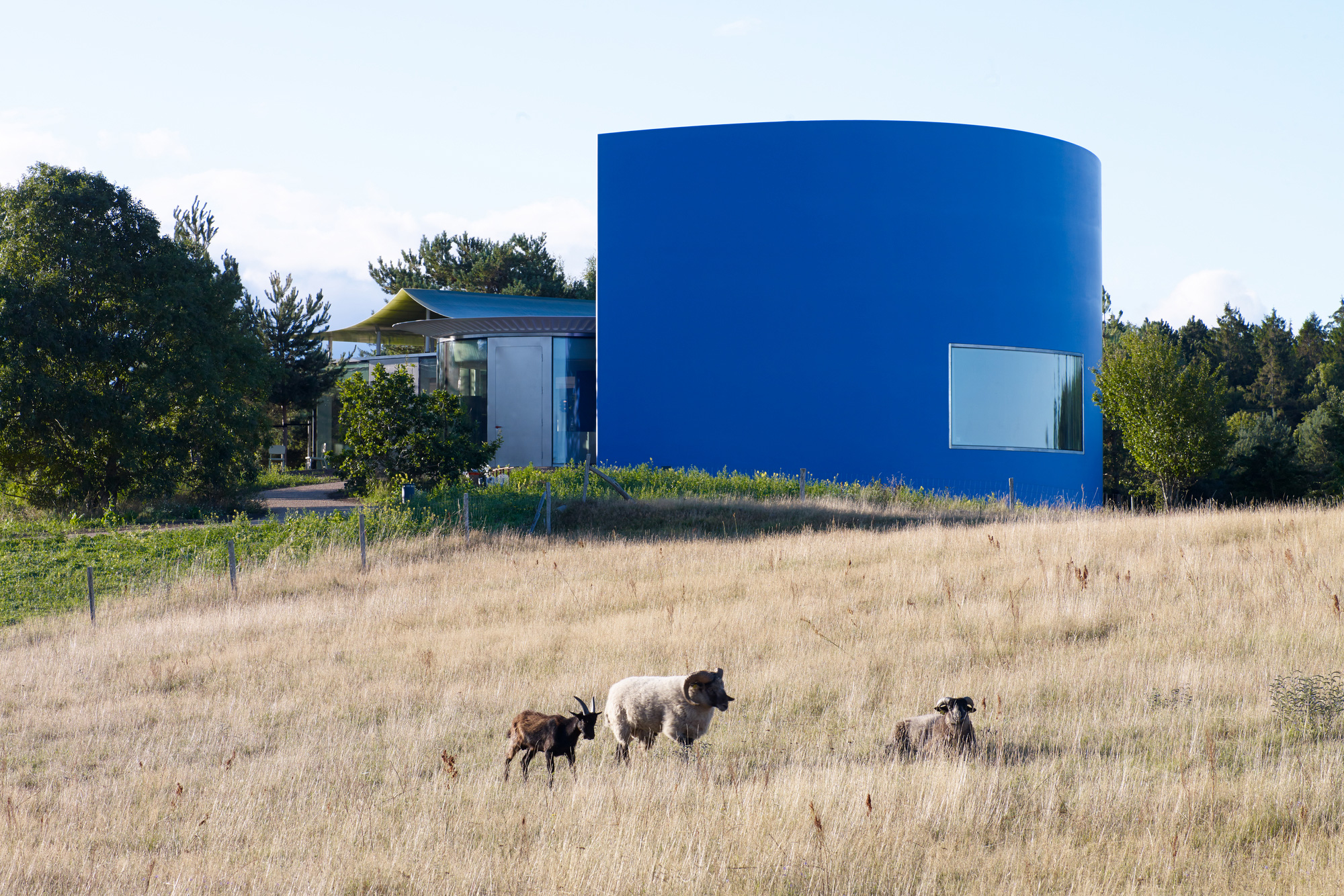 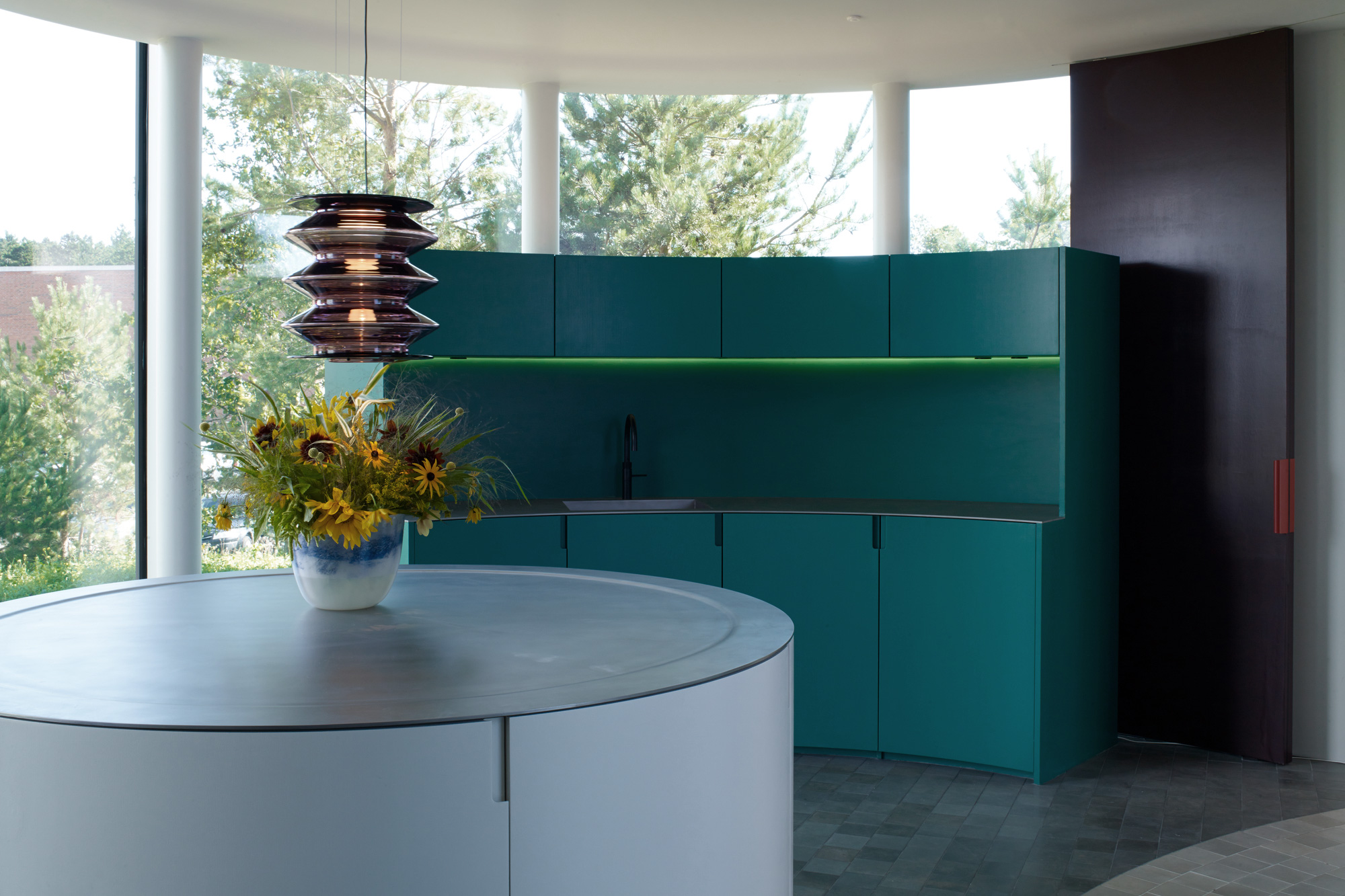 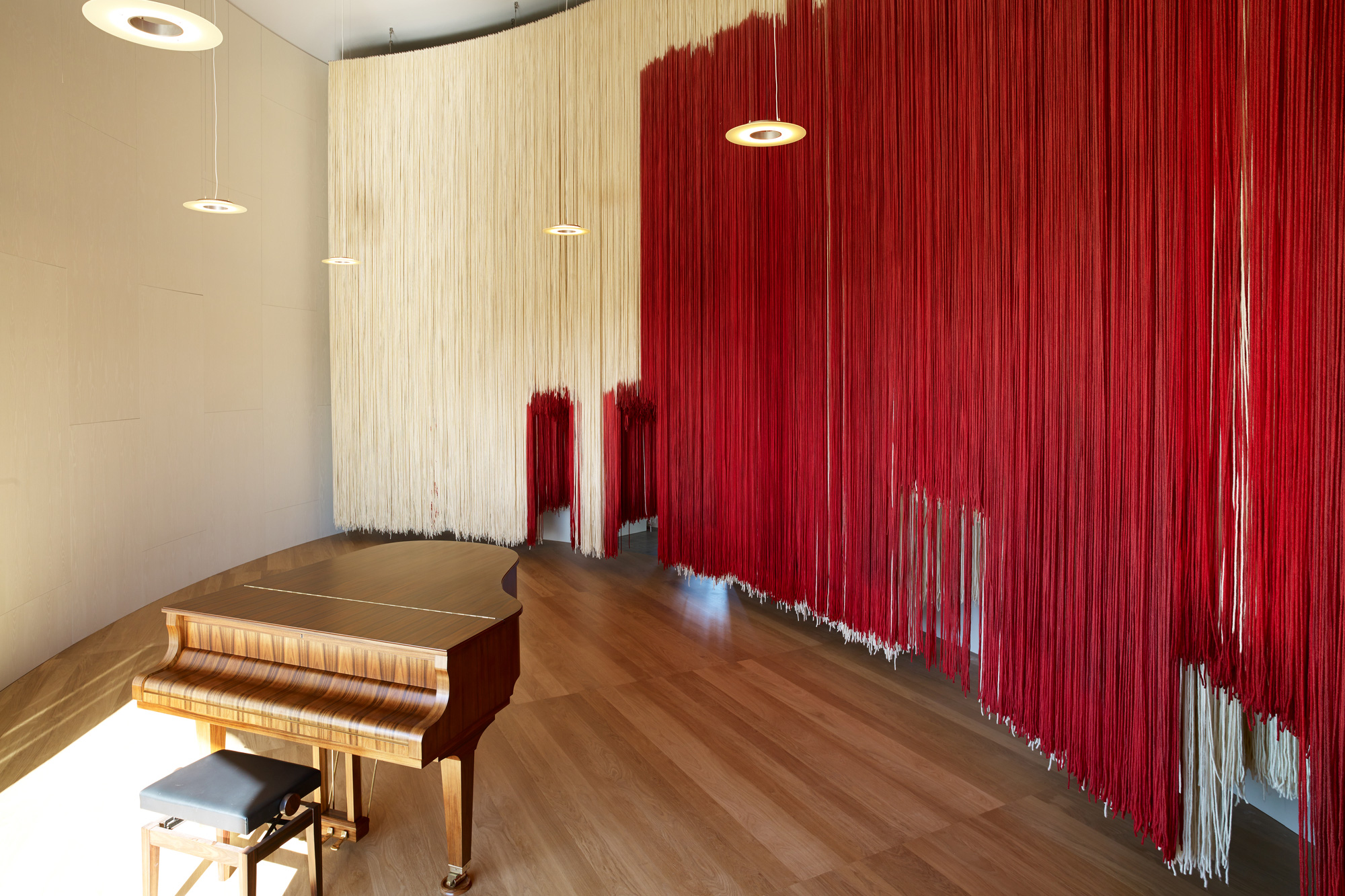